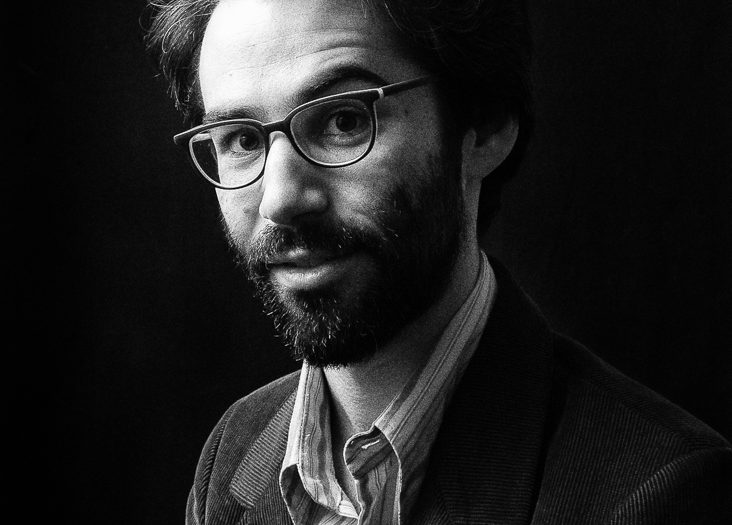 Dave Ruder presents The Gentleman Rests, a meditation for five vocalists and five instrumentalists on one of the most quietly dramatic events in recent American history–the joint session of Congress held on January 6th, 2001 to certify the election of George W. Bush as president, which was presided over by losing candidate, and still vice president, Al Gore. The mundanity and repetitiveness of normally unnoticed electoral formalities is interrupted by the airing of frustration from Congressional Democrats, while Gore tries to move the proceedings along and ensure a smooth transition of power. Also on the program will be a series of shorter new small ensemble works by Ruder.

Dave Ruder is a Brooklyn-based vocalist, clarinetist, guitarist, electronicist, composer, songwriter, writer/librettist, interdisciplinary collaborator, etc. Dave is a key member of the band Why Lie?, the ensembles Varispeed and thingNY, and the storytelling project Dave & Woody’s Chicken Slaughtering LLC. He has worked extensively with composer Robert Ashley, premiering his opera Crash (2013) and the vocal work World War III: Just the Highlights (2010) in addition to interpreting his pieces Perfect Lives, That Morning Thing, Trios (White on White), and Public Opinion Descends Upon the Demonstrators. Additionally, Dave has worked with Anthony Braxton, Aaron Siegel, Andrew Lafkas, Kimberly Bartosik, Abigail Levine, Joanna Kotze, Dušan Týnek, thingamajigs, and Panoply Performance Laboratory. Since 2013, Dave has been the driving force behind Gold Bolus Recordings. As a composer, his work has been featured in Experiments in Opera and his WHY LIE? project, 100+ open scores, is available online. Dave holds degrees from Wesleyan University and Brooklyn College.

Dave Ruder “The Gentleman Rests” is made possible with support from the Jerome Foundation.

The Jerome Foundation, a long-time supporter of young composers, was a mainstay in Roulette’s early development and continues to help us fulfill our mission by presenting ambitious work by promising artists.  Each year, the Jerome Foundation supports four artist residencies and five commissions at Roulette. These artists are consistently some of the strongest in our repertoire, and we are delighted to honor the Jerome Foundation’s 50th Anniversary grant.