[SUSPENDED] Doron Sadja: To Lose All My Senses, That Is Just So Typically Me 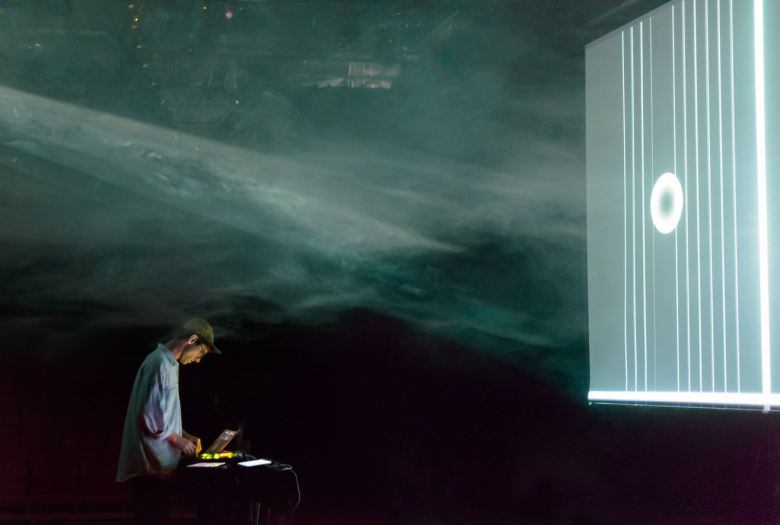 [SUSPENDED] Doron Sadja: To Lose All My Senses, That Is Just So Typically Me

Composer and aural architect Doron Sadja premieres To Lose All My Senses, That Is Just So Typically Me—a multichannel sound work that explores the unexpected or unwanted artifacts that occur when frequencies collide in space. Defined through a play of sonic phenomena, the work is composed using simple sounds that are designed to interact along the sonic plane: disturbing each other, cancelling each other out, and creating new sounds that exist only in the ear of the listener. Central to the work is the theme of extreme density, and an interest in how multiples of identical (or nearly identical) sounds can be spatialized to create intensely disembodied sonic experiences.

Doron Sadja is an American artist, composer, and curator whose work explores modes of perception and the experience of sound, light, and space. Working primarily with multichannel spatialized sound – combining pristine electronics with lush romantic synthesizers, extreme frequencies, and sonic phenomena, Sadja creates hyper-emotive aural architecture. Although each of Sadja’s works are striking in their singular and focused approach, his output is diverse: spanning everything from 250 speaker Wave Field Synthesis works to kinetic sculptures capable of moving sound in 3 dimensions, string orchestra works, and large scale immersive sound and light environments inspired by auditory and visual phenomena.

Sadja has performed and exhibited throughout Europe and the US, including Atonal Festival and Hamburger Bahnhof in Berlin, PS1 MoMa Museum and Roulette in NYC, Norberg Festival in Sweden, CBK Museum in Amsterdam, and the Institute for Electronic Music and Acoustics in Austria. Sadja has collaborated with Tony Conrad, Aki Onda, Mario Diaz de Leon, and Audrey Chen amongst others. Sadja founded the West Nile (RIP) performance space in Brooklyn and is currently teaching electronic music performance and composition at dBs Berlin in their Bachelors and Masters degree programs.