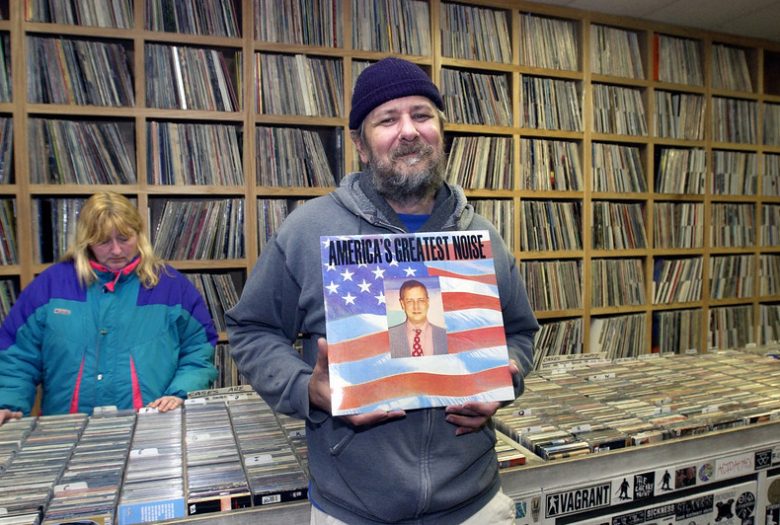 Anti-infamous Lowellians – RRRon Lessard & Wha as Due Process, “work it all out”. They mix plagiarism of infamous electro-acoustic/music concrete masters with their own anti-records (produced specifically as performance tools) to realize “musically competent” sound sculpture. Emil Beaulieau boosts “If you can’t buy it at Radio Shack, you don’t need it!” Warning. Emil’s anti-concert could be damaging to the ears.

Program: (the Schnitzler on this night was not recorded but can be heard on some of the others from this festival which ran April 28 – May 7, 1994)

Andrew Smith, solo, who worked under the name Billboard Combat, and was also a member of Due Process.

Emil Beaulieau is the stage name of Ron Lessard, a prominent noise musician who primarily records for his own label: RRRecords (and record store in Lowell, MA). RRRecords is distinguished as being the first American record label to specifically publish underground noise music in the early 1980s, and published the first American vinyl by Merzbow, Masonna, The Hanatarash, Violent Onsen Geisha, and many more artists who have subsequently become well known in the world of noise music.

There is a very good interview online about all this at https://www.musiquemachine.com/articles/articles_template.php?id=188.