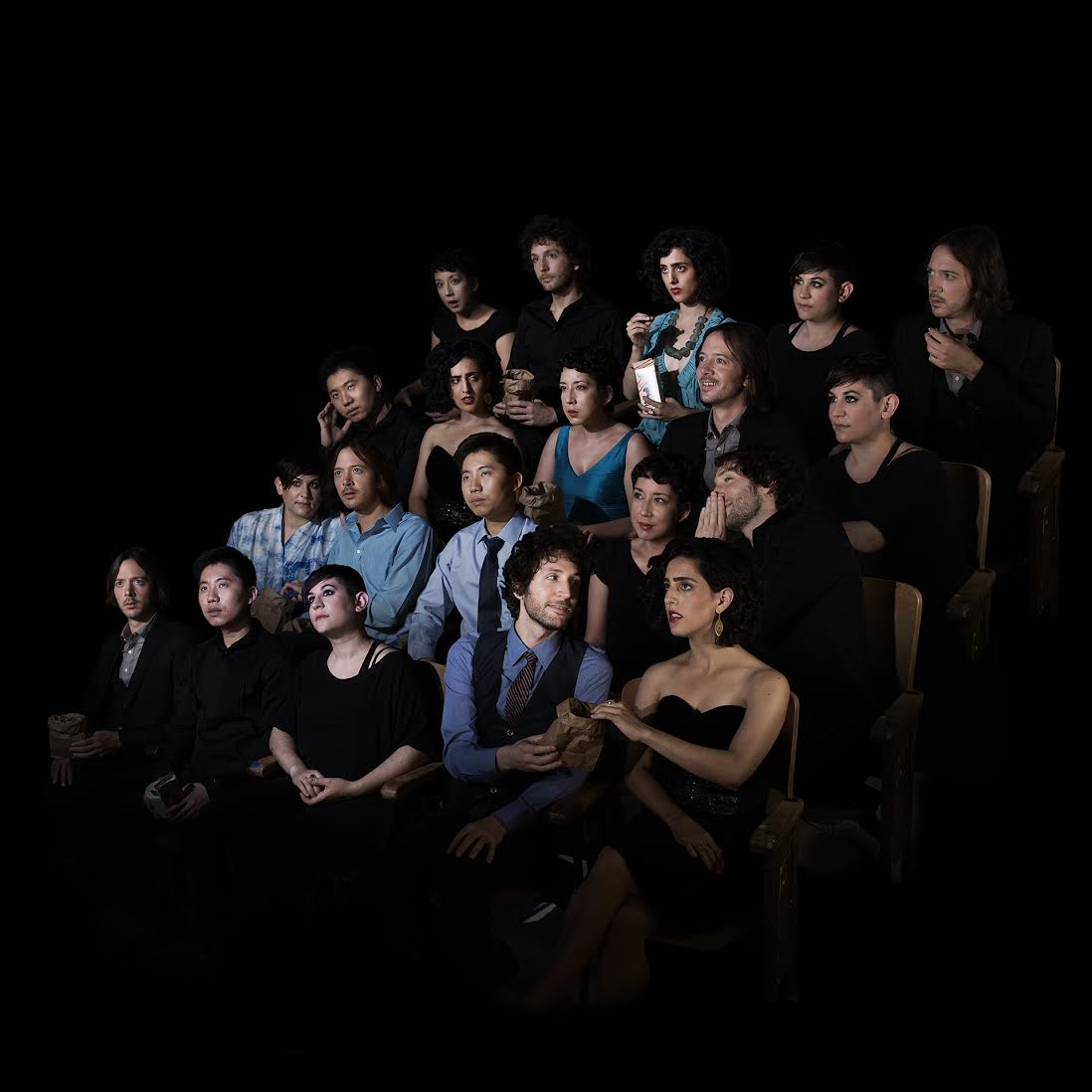 Realized slowly and thoughtfully over a handful of years, Music for Heart and Breathis an exquisite collection of modern neo-classical pieces in which each note is played in synch with the heart rates or breathing rates of the performers, each musician generating their own tempo by listening to their pulse with a stethoscope during the performance. Produced with his great friend and collaborator Bryce Dessner of The National, the album features performances by Dessner, Kronos Quartet, Nico Muhly and yMusic Ensemble. At times fragile, playful, sombre and intimate, these unique and stunning creations have been dreamt into life by Parry’s refreshing compositional approach and his own philosophical belief that music and nature – in this case the human body – can be, and indeed are, explicitly linked.

“There is a palpable aliveness to the performance that makes the six pieces, written for different configurations, feel like a guided meditation. This is body music, unquestionably, and by the end of the album the music’s subtle internal rhythms have reconfigured your own.” – Pitchfork

As the red-headed polymath and multi-instrumentalist at the heart of the endlessly inventive art-rock band Arcade Fire, Richard Reed Parry has performed in front of immense crowds and sold millions of records across the world. But this is only one aspect of an artist whose unconventional trajectory has resulted in work that is as varied as it is surprising and unique.

Born in Toronto in 1977, Parry was raised in a community of ex-British isles oral tradition folk musicians and medieval scholars, and came of age amidst an endless stream of early music and a capella singing. He attended Canterbury high school in Ottawa, Canada where he graduated from the first generation of its Literary Arts program. In 1998 he headed to Montreal where he studied electro-acoustics and contemporary dance at Concordia University, immersing himself in Montreal’s underground music and art scene.

In 1999 he began teaching himself to play the double bass, formed the acclaimed contemporary instrumental ensemble Bell Orchestre with soon-to-be Arcade Fire violinist Sarah Neufeld, and formed The New International Standards with now AF guitarist/bassist Tim Kingsbury and drummer Jeremy Gara. He began collaborating with Win and Will Butler and Regine Chassagne, and when the earlier version of Arcade Fire imploded, he brought his Bell Orchestre and TNIS bandmates with him to reinvent the band into its current incarnation. In 2004, when AF’s Funeral blazed onto the world stage, he left home to go on tour for two months but didn’t come back for a year.

In between the last few Arcade Fire world tours Parry has crafted Music for Heart and Breath, an innovative debut record of solo compositions released in Summer 2014. An endlessly ambitious and creative person, Parry’s solo work represents his own search for an aesthetic and experiential balance, a way to follow his own path while continuing to navigate the roller-coaster ride of being part of one of this generation’s most acclaimed bands. “I absolutely need to do this,” he says. “I have to express and explore all the sides of my musical picture.”

Adding to the breadth of that picture, Parry has premiered a piece for Bang On a Can at the Ecstatic Music Festival in New York, created a surround-sound, sci-fi electronic composition for synths, voices and, yes, bicycles called Drones/Revelations, and collaborated on The National’s last two critically acclaimed albums, the Grammy-nominated Trouble Will Find Me and High Violet. He recorded and produced Montreal artist Little Scream’s magnificent debut album The Golden Record and is currently putting the finishing touches on her upcoming sophomore release.

In fall of 2014, BAM will debut a series of compositions he wrote for the Brooklyn Youth Chorus as part of Black Mountain Songs, an event curated by Parry and Bryce Dessner which will also include pieces by Nico Muhly, Tim Hecker, Dessner and Pulitzer Prize winner Caroline Shaw.

Hailed by NPR’s Fred Child as “one of the groups that has really helped to shape the future of classical music,” yMusic is a group of six New York City instrumentalists flourishing in the overlap between the pop and classical worlds. Their virtuosic execution and unique configuration (string trio, flute, clarinet, and trumpet) has attracted the attention of high profile collaborators—from Dirty Projectors to My Brightest Diamond—and more recently inspired an expanding repertoire of original works by some of today’s foremost composers.

In addition to performing its own repertoire, yMusic serves as a ready-made collaborative unit for bands and songwriters. In the 2013-14 season, yMusic recorded “Mutilation Rag” for Beck‘s Song Reader compilation and performed three concerts at Lincoln Center, two in the Atrium, collaborating with Blake Mills and premiering works by Gabriel Kahane, Mark Dancigers and Dawn of Midi’s Qasim Naqvi, and one in collaboration with José González as part of the Lincoln Center Out of Doors Festival.

Since their inception in 2008, yMusic has striven to bring a classical chamber music aesthetic to venues outside the traditional concert hall. Its members have individually toured and recorded with artists such as Bon Iver, Paul Simon, Bjork, The National, Meredith Monk, Antony & the Johnsons, David Byrne, The New York Philharmonic and Sufjan Stevens.

Born in Vermont in 1981 and raised in Providence, Rhode Island, Muhly graduated from Columbia University with a degree in English Literature. In 2004, he received a Masters in Music from the Juilliard School, where he studied under Christopher Rouse and John Corigliano.

In a golden age of new chamber music, Ear Heart Music is a trusted source for post-genre creative collaboration. A showcase of highly talented and adventurous performers, composers, and collaborative artists, Ear Heart Music is a modern chamber music series for modern ears. “Embracing a landscape where cross-genre collaboration is not the exception or a special occasion but the rule and standard operating procedure, this contemporary chamber music series, organized by the flutist Amelia Lukas, keeps up its high ambitions with a season at Roulette full of new and recent compositions. ”(NY Times)

Ear Heart Music “has become a staple in the New York new music soundscape.” (Time Out NY) Since September 2009, Ear Heart Music has produced over 80 unique concerts with over 60 world premieres. Its thoughtfully designed programs highlighting recent masterworks stimulate creative thought and instill new avenues of perspective in the listener. The consistent level of intelligent and inspiring music-making resonates in the mind and body. Shows include electronic processing, performance art, visual art, film, and dance, providing deeper context for the music. Unique artist pairings, diverse programming, and the integral incorporation of new work all contribute to Ear Heart Music playing a major role in reshaping the chamber music landscape for the 21st century.