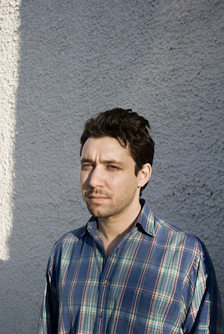 This concert at Roulette serves as the NY premiere of the project and celebrates the CD release of the music from Corps Exquis on New Amsterdam Records (June 25).

Acclaimed as one of the young artists “shaping our contemporary music scene and defining what it means to be a composer in the 21st century” (NPR) and heralded for his ability to “blur the line between electronic and acoustic instrumentation and seemingly melt both elements into a greater organic whole” (WNYC), Paris-born Wohl creates a remarkable hybrid of music that is part-mechanical and part-organic on the aptly titled Corps Exquis, a French term that translates in English as “Exquisite Body.” Instead of exploring the gap between his classical composition background and his collaborations within the ever-evolving electronic music scene (recently with Laurel Halo and Julia Holter at the Ecstatic Music Festival), Wohl strives to close it.

This concert also features a set performed by viola virtuosa Nadia Sirota, who will perform selections from her critically-acclaimed recent solo album, Baroque (New Amsterdam Records). Hailed by the New York Times as “a bold new-music interpreter and the violist of choice among downtown ensembles these days,” Sirota has been praised for her “command and eloquence,” (Boston Globe) and for being one of New York’s “brightest, busiest players” (Time Out New York). Composer/performer Missy Mazzoli, deemed “Brooklyn’s post-millennial Mozart” (Time Out New York), will join Sirota for a rendition of Mazzoli’s composition Tooth and Nail, a hypnotic blend of electronic textures and deft performance. This performance marks the first time since the release of Baroque that these two will share a stage.
nadiasirota.com
missymazzoli.com

Paris-born electroacoustic composer Daniel Wohl’s work has been commissioned and/or performed by cutting-edge ensembles and performers such as Eighth Blackbird, So Percussion, and Calder Quartet, as well as American Symphony Orchestra, Albany Symphony, and St Luke’s Chamber Ensemble. His work has been heard at Carnegie Hall, Webster Hall, the Bang on a Can Marathon, MoMA, the Bang on a Can Marathon, the Ecstatic Music Festival, and NordKlang (Switzerland). Wohl’s recent projects include an upcoming release of Wohl’s string quartet with electronics by the Calder Quartet; a newly commissioned piece by Mantra Percussion and the Mivos Quartet; and a recently performed evening-length piece co-composed with art pop singer Julia Holter and electronic artist Laurel Halo (commissioned by the Ecstatic Music Festival).

Wohl is the recepient of Meet the Composer/Commissioning Music USA grant, the American Composers Forum/Jerome Foundation grant, a C.A.P grant, a grant from the Barlow Endowment, several MET Life Creative Connections grants, awards from the Finale National Composers Competition, and three ASCAP Morton Gould Young Composer Awards. An active educator, Wohl has taught courses in composition, orchestration, and theory at Sarah Lawrence College and at Yale. He holds degrees from the Yale School of Music, the University of Michigan School of Music and Bard College.
danielwohlmusic.com

A showcase of highly talented and adventurous performers, composers, and collaborative artists, Ear Heart Music is a modern chamber music series for modern ears. Operating at the Tank in Manhattan for the past three years, founder and director Amelia Lukas has “piloted impressive events on a shoestring budget. Roulette offers greater resources, and Ms. Lukas is taking advantage in an ambitious season filled with premieres and cross-disciplinary collaborations” (The New York Times).

According to Time Out New York, Ear Heart Music “has become a staple in the New York new music soundscape.” Its thoughtfully designed programs highlighting recent masterworks stimulate creative thought and instill new avenues of perspective in the listener. The consistent level of intelligent and inspiring music-making resonates in the mind and body. Shows include electronic processing, performance art, visual art, film, and dance, providing deeper context for the music. Unique artist pairings, diverse programming, and the integral incorporation new work all contribute to Ear Heart Music playing a major role in reshaping the chamber music landscape for the 21st century.
earheartmusic.org
facebook.com/pages/Ear-Heart-Music/116316791738457