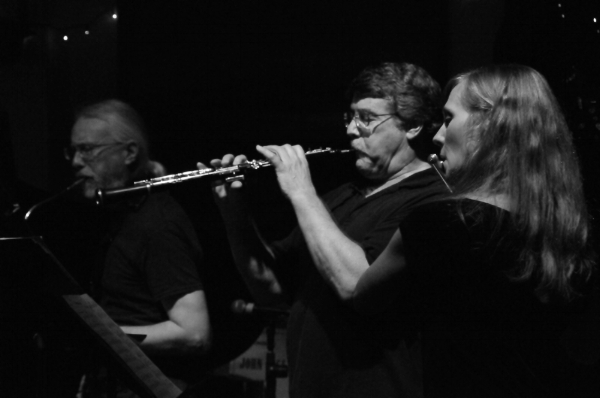 Founded in Philadelphia in 1979, Relâche [ruh-lash] fuses the familiar sounds of popular music with the freshness and edge of the experimental avant garde.  For over 40 years, Relâche has maintained an international reputation as a leader in commissioning and performing the most innovative music of our time.  Relâche has a unique sound melding the traditions of classical Western music with jazz, rock, hip-hop, electronica, world music, and everything between.  The Ensemble has commissioned over 150 pieces, including works by Robert Ashely, Kitty Brazelton, John Cage, Fred Ho, Michael Nyman, Pauline Oliveros, and Lois V Vierk, just to name a few.  Relâche has released nine albums including the Grammy nominated Pick it up.  To date, Relâche has performed over 500 concerts around the globe, including residency, festival, and touring appearances in South America, Japan, and Europe. (Bio as in 2019)