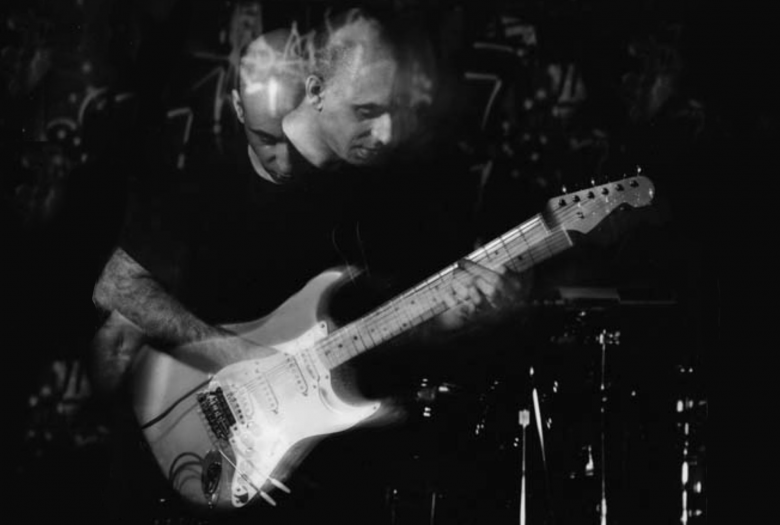 Composed and directed by Elliott Sharp with text written by noted sci-fi author Jack Womack, BINIBON is a work of both musical theater and alternative history based on the 1981 murder by Jack Henry Abbott of Richard Adan, a waiter and the night manager at the Binibon, a cafe and 24-hour hangout on 2nd ave at 5th St. in the East Village, a nexus for artists, musicians, neighborhood characters and bohemians true and faux. Abbott was a talented writer as well as an imprisoned killer who became the protege of famed author Norman Mailer who sponsored his release into a halfway house on E. 3rd st. The killing was an important cusp-point in the history of the neighborhood, it’s culture, it’s daily life, it’s real-estate, and its future. The music draws upon E#’s own compositional and performance language that he developed during the time of the events ( & reflecting his many hours hanging out at the Binibon) and reveals ties to punk, No Wave, electronic dance music, noise, and industrial sounds. The cast includes Mike Lubik, Latarsha Rose, Deian McBryde, and Jack Womack.

Composer/producer/sound artist Elliott Sharp leads Orchestra Carbon, Tectonics, and Terraplane and pioneered ways of applying fractal geometry, chaos theory, and biological metaphors to musical composition and interaction. His compositions have been performed by the Symphony of the Hessischer Rundfunk, The Ensemble Modern, Ensemble Rezonanz, Continuum, Meridian Arts Ensemble, Flux Quartet, sirius Stirng Quartet, and Zeitkratzer and collaborators have included qawaali singer Nusrat Fateh Ali Khan, blues legend Hubert Sumlin; playwright Dael Orlandersmith, cello innovator Frances-Marie Uitti, sci-fi writers Pat Cadigan and Lucius Shepard; jazz greats Sonny Sharrock, Jack deJohnette, and Oliver Lake; and Bachir Attar, leader of the Master Musicians of Jahjoukah. Sharp’s orchestra piece “Calling” was commissioned by the Hessischer Rundfunk to open the 2002 Darmstadt Ferienkurse fur Neue Musik and the CD won the January 2004 German Critics’ Prize. His composition “Quarks Swim Free” was premiered at the Venice Biennale in September 2003 and his chamber opera EmPyre was premiered at the 2006 Biennale. Sharp’s most recent CD releases include “Quadrature”, a collection of solo acoustic guitar compositions; “Calling” with the Radio-Symphony of Frankfurt; Terraplane’s “Secret Life”; and the string quartet “Dispersion Of Seeds”. He founded the ongoing zOaR Records in 1978 both for his own productions including the critically-acclaimed compilations Peripheral Vision and State Of The Union and for other radical music. He has recently completed the scores to the feature-films “What Sebastian Dreamt”, “Commune” by Jonathan Berman, and “Spectropia” by Toni Dove. Installations include: “Suspension”, a video and audio work in collaboration with video artist Janene Higgins, Chelsea Art Museum, NYC, 2003; “Fluvial”, computerized multichannel audio work commissioned by Engine 27 gallery, NYC June 2002; “Chromatine”, an interactive string sculpture/audiowork created for the Gallery of the School of Museum Of Fine Art, Boston, 2001.