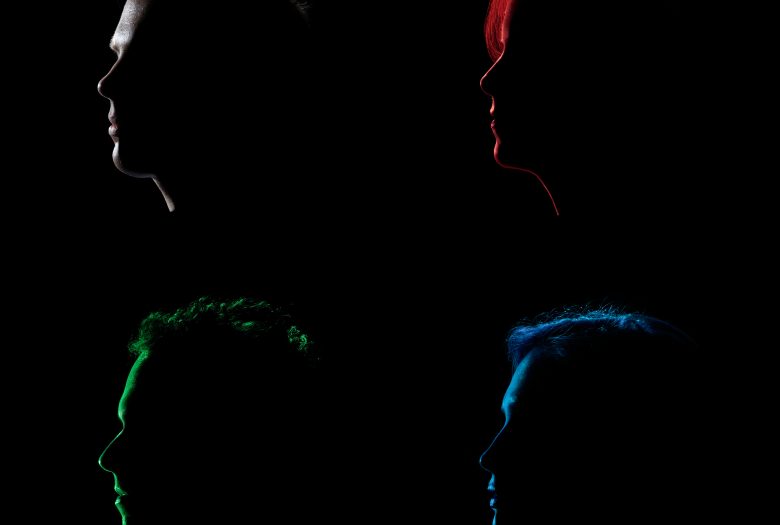 Mivos Quartet is thrilled to present the New York premiere of being time by Eric Wubbels, a new large-scale composition for string quartet and quadraphonic electronic sound by one of the NYC Avant-garde’s leading lights, commissioned by the Mivos Quartet with funds from Chamber Music America’s Classical Commissioning Program. Eric Wubbels is quickly gaining recognition for his deeply innovative compositional voice, marked by extreme ensemble virtuosity and wild sonic experimentation that strives toward an ecstatic experience shared by the performers and audience members. being time builds on this body of work, pushing the string quartet across a new frontier of timbral-fusion, extended Just Intonation, psychoacoustic phenomena, and emotional resonance.

being time represents an attempt to make some aspects of the structure and presence of Time audible, palpable, and experientially immediate.

The piece unfolds over the course of 1 hour, partitioning itself into five large “Panels,” each of which emphasizes a single aspect of musical time. The quartet is retuned in an elaborate scordatura, allowing direct access to harmonic fields of extreme resonance, as well as stable and precise beating patterns. Tempi and durations in the piece are determined at various times by the audible beating speed of closely tuned intervals, by the rate of the players’ speech, by the players’ individual heart rates and breath cycles, and by the physical, mechanical limits of loudspeakers, instruments, and bodies. The use of electronic sound is blunt and visceral: frequencies on the border of infra- and ultra- sound drive the body as a resonator. The piece builds on Maryanne Amacher’s pioneering work with otoacoustic sound, deploying high sine waves to create vivid psychoacoustic illusions as well as sounds that seem to originate in the listener’s ear itself, presented both in isolation and knotted with the acoustic sound of the string quartet. Ambitious and searching, direct and arcane, being time is both a large-scale artistic statement and a “ritual of collective attention” that the players and audience perform together.

Eric Wubbles is a composer, pianist, and co-director of the Wet Ink Ensemble. Wubbels’s music has been presented at concerts and festivals in Europe, Asia and the U.S., including the MATA Festival (NYC), Contempuls Festival (Prague), Tage fur Neue Musik (Zurich), and the June in Buffalo Performance Institute. Ensembles that have performed and commissioned his work include Kammerensemble Neue Musik Berlin, I.C.E., Yarn/Wire, Left Coast Chamber Ensemble (San Francisco), mmm… (Japan), Talea Ensemble, and JACK Quartet, and he has been awarded residencies at the MacDowell Colony and Civitella Ranieri Center (Italy). As a performer, he has given U.S. and world premieres of works by major figures such as Peter Ablinger, Richard Barrett, George Lewis, Michael Finnissy, Beat Furrer, Bernhard Lang, and Mathias Spahlinger. www.wubbelsmusic.com

In addition, substantial work on the piece was completed during a residency at the Civitella Ranieri Foundation. Final composer/performer workshops took place during a week-long residency at EMPAC (Experimental Media and Performing Arts Center) in Troy, NY.