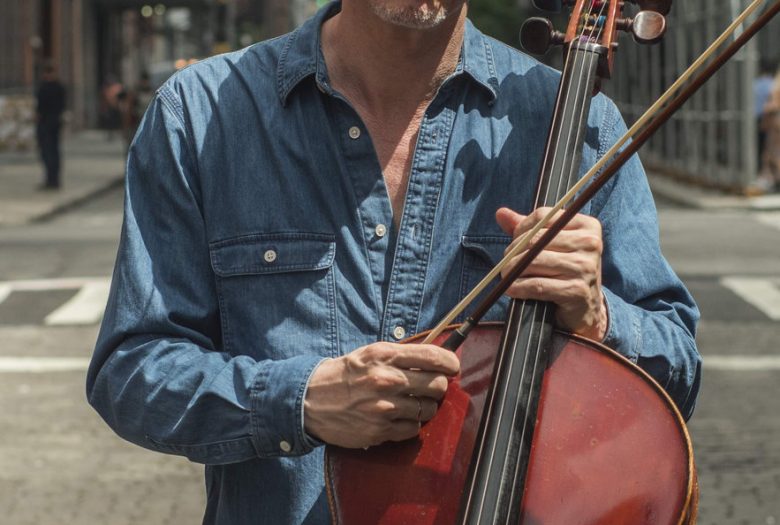 Cellist and composer Erik Friedlander performs works from his always changing solo repertoire. In the past, in addition to his own music he has performed pieces by Carlos Santana, Eric Dolphy, Pink Floyd, and Arthur Blythe. This time he will focus on the music from the two solo cello CD’s he released in 2007: Block Ice & Propane, inspired by American roots music and Friedlander’s own history as a young guitar player, the album’s thirteen tracks feature a kind of back porch pizzicato and rich evocative bowed landscapes; and Volac, ten rich and romantic compositions from Zorn’s challenging Book of Angels. The New Yorker said Block Ice was “a magnificent new solo album” (July 9, 2007) and Free Jazz blog called Volac, “dignified, anxious, tormented, serene, superior, melancholy .. it has it all..”

“Erik Friedlander can do things with a cello that should have a reasonable listener fearing for her life. Rostropovich one second and Rottweiler the next.” –Pitchfork

Cellist Erik Friedlander is a composer and an improviser, a classical musician and a jazzbo. As a longtime virtuosic veteran of NYC’s downtown scene, he’s not only backed John Zorn, Laurie Anderson, and Courtney Love, but has also recorded recorded 8 CDs as a leader. His compositional choices and dynamic improvising style have staked out new ground for his instrument. Whether it’s solo playing or performing with one of his bands, Friedlander blends his vision of what the cello can be pushed to do, while maintaining a firm grasp on traditions, both improvising and classical.

From the beginning, Erik was the beneficiary of a most unusual musical legacy. His father, photographer Lee Friedlander, famous for the cover photos he took for Atlantic Records in the 60s, passed his passion for r&b and jazz to his son. Erik’s earliest memories are of a household filled with the sounds of Ray Charles, Aretha Franklin, McCoy Tyner, Ornette Coleman, and John Coltrane. He’s been playing the cello since age 8, and if you have a concept of what that instrument can do, he will reshape it.