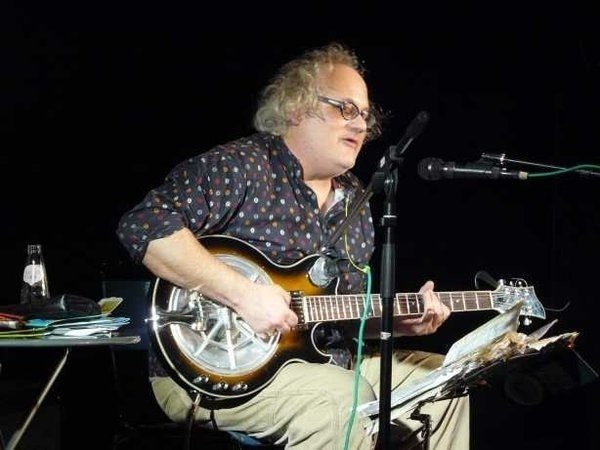 Eugene Chadbourne was born in Mount Vernon, New York, but grew up in Boulder, Colorado. During the early 1970s, he lived in Canada to avoid military service in the Vietnam War. Returning to the United States, he moved to New York City in the mid 1970s and played free improvisation with Henry Kaiser and John Zorn. Around this time, he released his first album, Solo Acoustic Guitar. In the early 1980s, he led an unconventional rockabilly band named Shockabilly with Mark Kramer and David Licht, releasing four eclectic albums. A notable solo album, Songs (Intakt, 1993), featured politically oriented originals, such as “Knock on the Door” and “Hello Ceausescu”, and covers, such as Nick Drake’s “Thoughts of Mary Jane”, and Floyd Tillman’s “This Cold War With You”. —Bio as of 2019