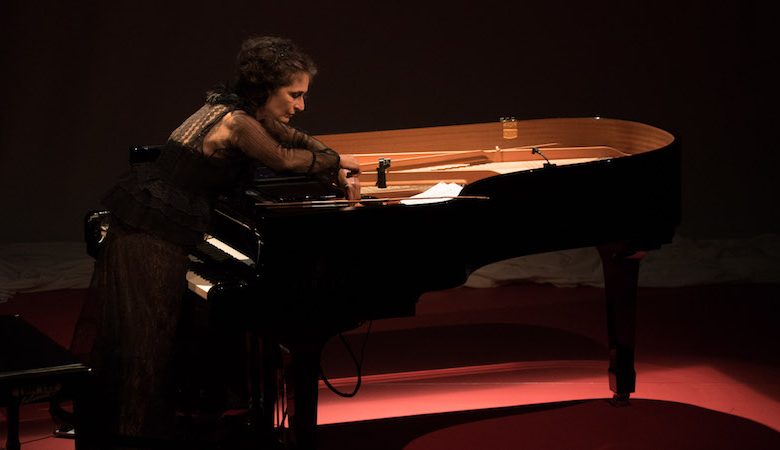 Eve Egoyan is a Canadian artist and pianist from Ontario. She studied at the University of Toronto and the University of Victoria. She is a Fellow of the Royal Society of Canada (FRSC) and designated a CMC Ambassador by the Canadian Music Centre. Her musical inspirations include a number of contrasting artists including Alvin Curran, Erik Satie, Ann Southam and Michael Finnissy. Egoyan worked on several collaborative projects with composer Ann Southam throughout the late 90s and early 2000s including: Qualities of Consonance (1998), Figures (2001), In Retrospect (2004), and Simple Lines of Enquiry (2008). She has been the recipient of several accolades including “Best Classical” The Globe and Mail (1999) for her first solo CD, one of “Ten Top” classical discs,The New Yorker magazine (2009), and “Top Classical Disc of the Year”, The Globe and Mail (2011). Eve and her brother, Atom, now a film director and producer, were raised by their parents in British Columbia. –Bio as of 2019