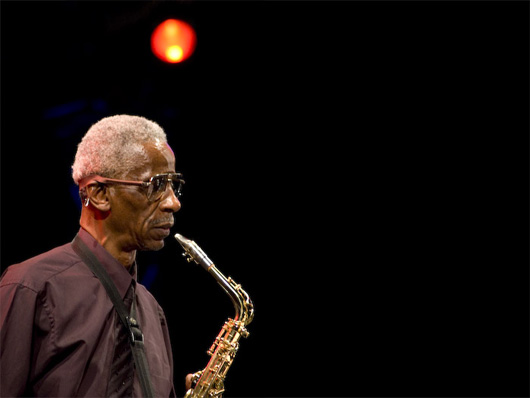 Early in his career, it was typical for jazz critics to compare the extraordinary free jazz pianist Borah Bergman to Cecil Taylor. However, critics subsequently pointed out the folly in such comparisons, perpetuating the very same juxtaposition, instead of listening to Bergman abstracted from such concerns. Though Bergman himself claimed Tristano, Monk, and Powell as influences, he rated comparison with nobody, so singular was his ability as an improvising pianist. Bergman had perhaps the most comprehensive technique of any jazz musician on any instrument.

Roscoe Mitchell (born August 3, 1940) is an American composer, jazz instrumentalist, and educator, known for being “a technically superb – if idiosyncratic – saxophonist”. The Penguin Guide to Jazz described him as “one of the key figures” in avant-garde jazz; All About Jazz states that he has been “at the forefront of modern music” for the past 35 years. Critic Jon Parelesin The New York Times has mentioned that Mitchell “qualifies as an iconoclast”. In addition to his own work as a bandleader, Mitchell is known for cofounding the Art Ensemble of Chicago and the Association for the Advancement of Creative Musicians (AACM).

Thurman Barker (born January 8, 1948, Chicago, Illinois) is an American jazz drummer. Barker’s first professional experience was at age sixteen with Mighty Joe Young. Barker took his bachelor’s at Empire State College, then studied at the American Conservatory of Music under Harold Jones and at Roosevelt University under Edward Parimba. He next served as an accompanist for Billy Eckstine, Bette Midler, and Marvin Gaye. He was house percussionist at the Schubert Theater in Chicago in the 1960s. In 1968 he joined Joseph Jarman’s first ensemble, and soon after became a member of the AACM in its early days. Aside from Jarman, he played in the late 1960s and 1970s with Muhal Richard Abrams, Pheeroan akLaff, Anthony Braxton, Billy Bang, Henry Threadgill, and Kalaparusha Maurice McIntyre. He recorded and toured again with Braxton in 1978-80 and with Sam Rivers in 1979-80. In 1985 he played in a trio with Jarman and Rivers, and in 1987 he played marimba with Cecil Taylor.