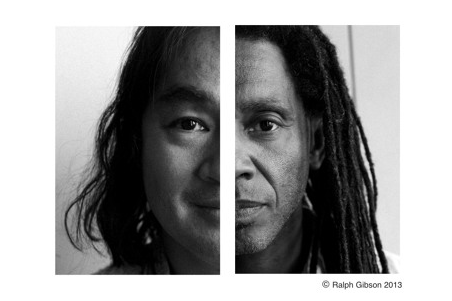 For Living Lovers—the duo of guitarist and composer Brandon Ross and acoustic bass guitarist Stomu Takeishi—present their musical commentary on the change the pandemic of 2020 has wrought upon us all, the process and the evolving outcomes, in CRUCIBLE.

Founded in 2002, For Living Lovers ”…is an intimate project. Not everything is said out loud, and there is mystery present…” Brad Farberman, Jazz Times magazine. ‘FLL’ released Revealing Essence in 2014, on Sunnyside Records after appearing on Ross’s solo records for the Japanese Intoxicate label and tours in Japan and in the US. “…Even less does it resemble any of a handful of classic guitar/bass duet recordings of the last 50 years… Their focus is shifted so far from what they are playing to how they are playing it, that vast spaces open up in the music…”. Timothy Hill, liner notes for Revealing Essence. The duo’s collective credentials include Henry Threadgill, Cassandra Wilson, Paul Motown, Myra Melford, Lawrence “Butch” Morris, Cuong Vu, Leroy Jenkins and many others.

Over the thirty years that Stomu Takeishi has resided in the US, his reputation as a talented and innovative bass player has earned him features in many international jazz programs and festivals. He is well known in the jazz scene in New York, and often plays at major well-known venues in NYC, the US and in Europe. He has toured and recorded with Henry Threadgill, Paul Motian, Cuong Vu, Myra Melford, Lawrence D. ‘Butch’ Morris and many others.