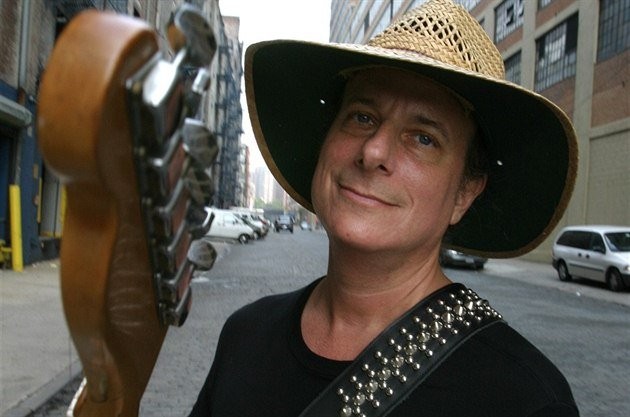 Guitarist extraordinaire/ Grammy-nominated songwriter and composer Gary Lucas has been called “The Thinking Man’s Guitar Hero” (The New Yorker) and “one of the best and most original guitarists in America”. He’s released over 20 acclaimed albums in multiple genres and tours the word relentlessly solo and with a variety of ensembles. He;s played and collaborated with everyone from Leonard Bernstein, Captain Beefheart, Jeff Buckley, John Zorn, Noel Gallagher, Future Sound of London, Lou Reed and a host of others. A soundtrack composer for film and television, HBO.com just released a DVD of the Academy-award winning documentary “Lalee’s Kin” featuring Gary’s original score. A re-release of his album of 30’s Chinese pop “The Edge of Heaven” is just out on Knitting Factory Records, and new album from his longtime band Gods and Monsters produced by Jerry Harrison (Talking Heads) is in the works for release next year. The US premiere of his new live solo project accompanying the 1931 Spanish-language “Dracula” with his original music is scheduled for closing weekend of the 48th New York Film Festival at Lincoln Center this October.