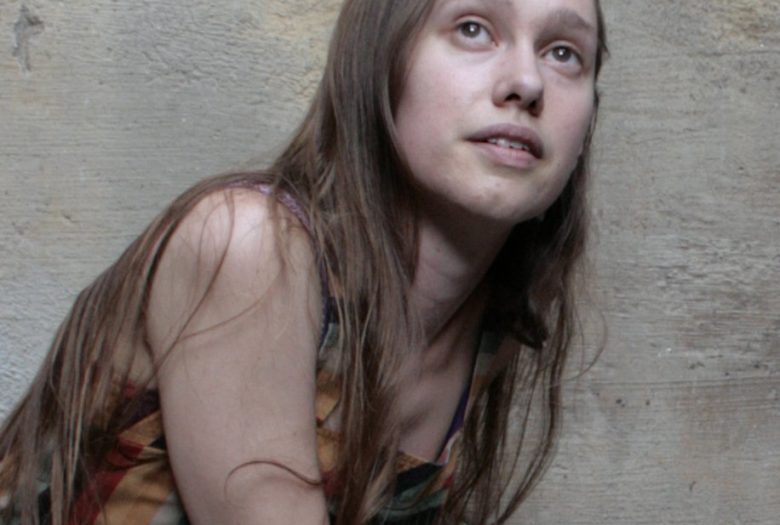 Please join us after the show for an artist talk with Gelsey Bell.

For her commission from the Jerome Foundation, performer/composer Gelsey Bell offers OUR DEFENSIVE MEASUREMENTS, a new collection of songs by the artist. Bell sets the stage for these songs with a question: “Song can be a mechanism for tracing a home – creating space for oneself. Where do our defensive calculations place the pathways of the voice?”

Using the full space of the Roulette concert hall, each song in the cycle has been designed for the audience and performers to be in a particular physical arrangement or engaged in a particular task. The piece will be performed by Gelsey Bell (voice/metallophone) with Jen Baker (trombone/voice), Paul Pinto (voice/metallophone/jack-of-all-trades), Dave Ruder (clarinet/voice), and Aliza Simons (euphonium/voice).

Gelsey Bell is a singer, songwriter, and scholar. She has released two studio albums, Under A Piano (2005) and In Place of Arms (2010), two experimental albums, February (2008) and Love Is Just a Crack In the Space of You (2009), and the digital album SCALING live at Roulette (2012). Her work has been presented in the Vital Vox festival, the BEAT festival, and the SITE festival. Gelsey is a core member of thingNY and Varispeed. In addition, she has worked with numerous composers, choreographers, and performance creators including Matthew Barney, Jonathan Bepler, Robert Ashley, Kimberly Bartosik, Chris Cochrane and Fast Forward (as the Chutneys), Dave Malloy, Rachel Chavkin, Alec Duffy, John King, Yasuko Yokoshi, the Panoply Performance Laboratory, the No Collective, Tom Swafford, and Jay Vilnai. Gelsey is also an ABD Doctoral Candidate in Performance Studies at NYU, where she is completing a dissertation on twentieth-century vocal music and was recently awarded the 2012 Stefanos Tsigrimanis Artistic Scholar Award. In addition, she is the Critical Acts Editor for TDR/The Drama Review.

Gelsey Bell’s performance is made possible with support from Jerome Foundation.