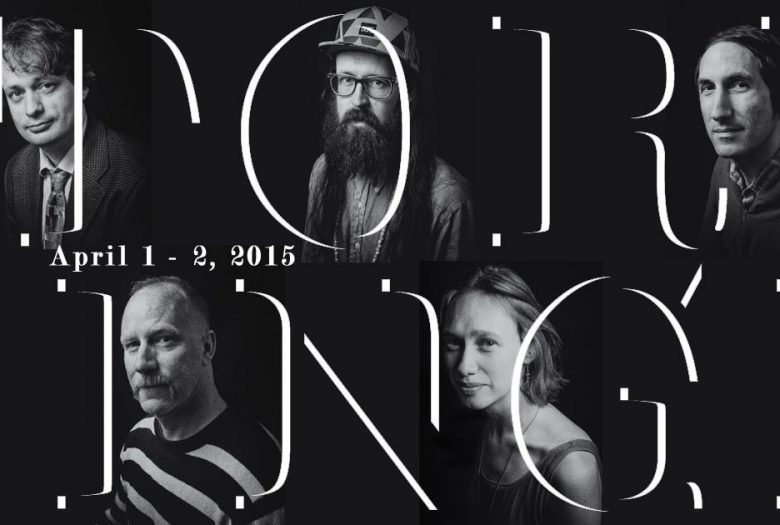 Experiments in Opera presents seven new operas in a two night operathon at Roulette in Brooklyn on April 1 & 2, 2015. Over the course of this opera binge, you will hear the work of seven composers, whose arrival at opera couldn’t be more roundabout.  The resulting pieces, one-act shorts and excerpts in concert and staged performances tell a range of absurd, abstract, historical and hilarious stories. So, take the plunge and stuff your ears!

thingNY’s Gelsey Bell presents an excerpt of Rolodex Opera: a fractured story of social relationships based on a Rolodex of characters. Rather than introducing all 26 characters (a.k.a. letters of the alphabet), this performance will involve only the Accompanist, the Creator, the Dad, the Ghost/Grandparent, the Husband, the Kid, the Sibling, the Teacher, the Wife, and X.

When the aliens visited Earth in Jason Cady’s The Captives, they accidentally brought germs that killed off most of humanity. But alien zoologists are trying to make right by conserving the human species through a captive breeding program. The story focuses on one couple: John and Sarah, whom the aliens locked up together to reproduce. John loves Sarah, but she is not interested in him. And Sarah is not sure that humanity ought to be saved.

***
Aaron Siegel’s Laughing investigates the biblical story of Abraham and Isaac through the eyes of a performance artist who struggles to find an outlet for his strange visions. Wrestling for understanding, the performance artist faces disorienting loss and looks to ancient stories to understand his predicament.

***
Faith No More’s Roddy Bottum spreads the myth of Sasquatch in the aptly titled Sasquatch: The Opera. The story is about a small town family’s ‘Bigfoot Tours’ and the fallout when their daughter runs away with the real Sasquatch. Part folklore, part love story, the opera follows the demise of the family and a taboo love affair that blossoms in its aftermath.

Experiments in Opera: Story Binge is made possible, in part, with funds from GENERATE: The Frances Richard Fund for Innovative Artists of Promise. GENERATE, instituted in celebration of Roulette’s 35th Anniversary in 2013, aims to provide immediate, practical assistance to artists, helping them achieve ambitious work to be presented in our theater. Click here for more information about how you can contribute to GENERATE.