Glenn Branca: The Third Ascension and The World Premiere of The Light (for David) 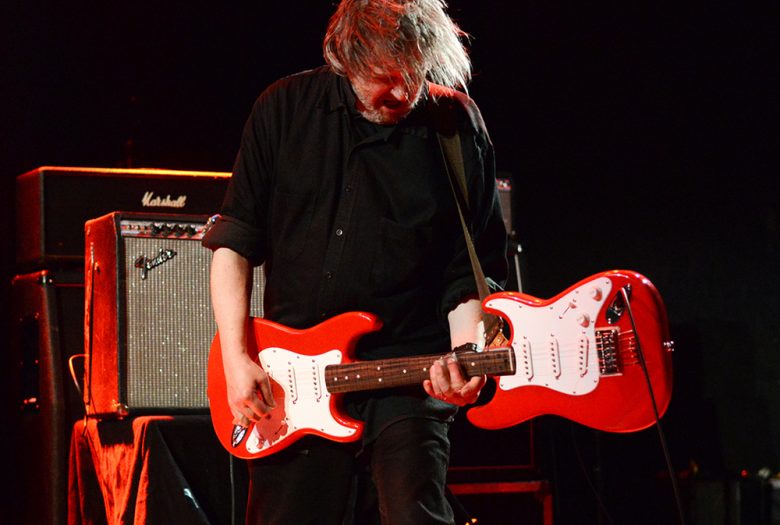 *At the artist’s request, The Light (for David) is not included in the audio archive.

Glenn Branca: The Third Ascension and The World Premiere of The Light (for David)

Legendary experimental-guitarist and composer Glenn Branca premieres “The Light (For David),” a new work written for David Bowie, and a revised version of “The Third Ascension.”

“The Light (for David)” is Glenn Branca’s tribute to David Bowie. Although their approach to experimental rock took different paths, Branca and Bowie had long admired each other’s work. They once collaborated in a Tony Oursler audio-video installation created for Das Kunstprojekt Der Expo 2000 in Germany, with Branca composing music for a text written by Oursler and read by Bowie. Branca writes in an exclusive interview for Roulette’s fall program: “David Bowie was our hero. Intelligent, talented and with the desire to create a really new different rock…When he died, I was shocked like everybody else….I hadn’t realized how much he meant to me throughout most of my life. I think somehow knowing he was here, was like having a muse.”

The program also features a revised version of “The Third Ascension,” which received its U.S. premiere at The Kitchen last February. The work is a follow-up to Branca’s 1981 The Ascension – “a landmark work, that fused the rigorous minimalism of Philip Glass and Steve Reich to clanging, noxious harmonies and thundering rock volumes, [encapsulating] the fury, pathos, and raw energy of New York at the beginning of the 80s” (Pitchfork). With “The Third Ascension,” Branca furthers his experimentation with resonances generated by alternate tunings for multiple electric guitars.

Glenn Branca (1948-2018) is considered by many to be one of the most influential composers in the fields of alternative and experimental rock, as well as new music. Starting in 1966, he lived in both Boston and London until 1976, when he moved to NYC. Over the past 40 years, his work as a composer has included music for experimental rock bands, large ensemble instrumentals for electric guitars, sixteen symphonies for both electric instrumentation and acoustic orchestras, chamber ensemble pieces for a wide variety of instrumentation (electric and acoustic), an opera, a ballet, choral works and music for film, dance, theater and installation art. His ensemble has done hundreds of performances all over the world. Fourteen full-length albums of his music have been commercially released as well as works included in a number of compilations.