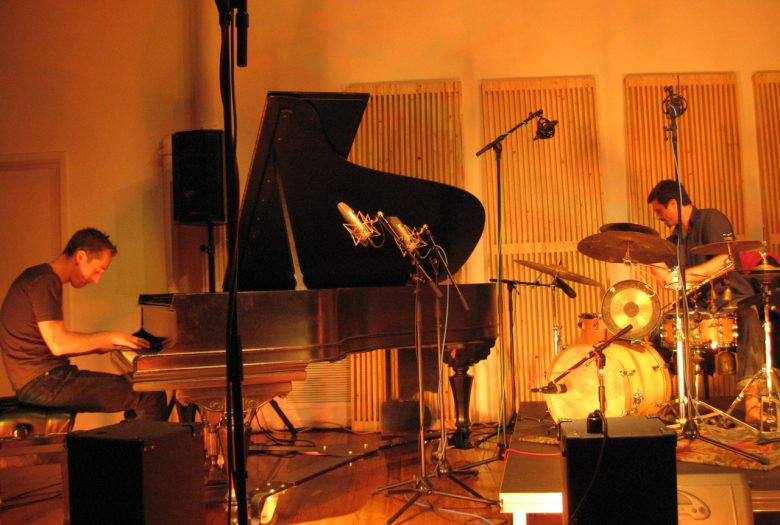 Jeff Arnal (percussion) and Gordon Beeferman (piano) synthesize avant-garde jazz/improv and contemporary classical traditions of the 20th century into a unique “energized ritual of free expression”¦music with muscle and appeal” (Cadence Magazine). Since forming their duo in 2000, Arnal and Beeferman have become an integral part of the creative music scene in New York and beyond. Their duo has performed at the Knitting Factory, Music at the Anthology, Improvised and Otherwise (Brooklyn), San Francisco Alternative Music Festival, Philadelphia Fringe Festival, the Tremont Theater and Zeitgeist Gallery (Boston/Cambridge), and other venues for experimental and improvised music. Their first recording Bodies of Water (2001) was praised for its “near-perfect synchronicity… these two have talent to burn” (All Music Guide). In addition to working as a duet, they have collaborated with many other musicians and dancers, including choreographer Estelle Woodward (in the dance/music ensemble Loophole) and saxophonist Seth Misterka (as Rara Avis). Their newest recording, Rogue States, is being released in 2006.