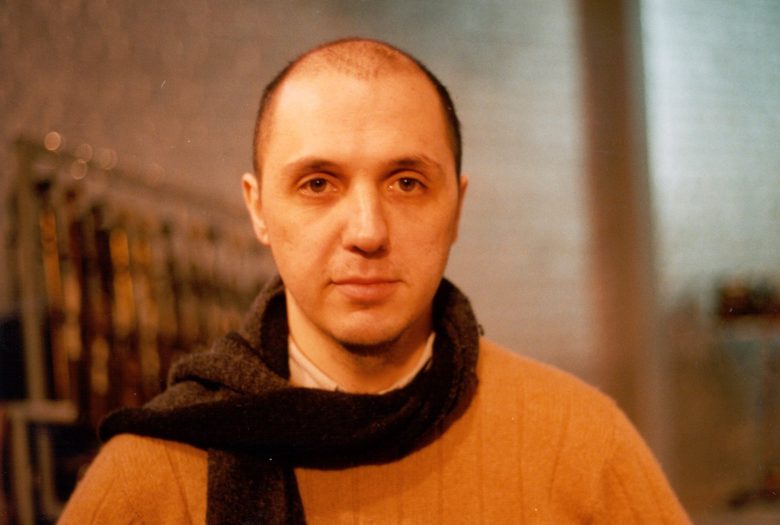 The Very Slow Disco Suite is the newest in a series of works researching extreme time stretching of popular music formats. Extreme time stretching allows the musicians to explore the music in both horizontal and vertical manners, as the harmonic progressions are almost frozen. Whereas the previous work, Bending the Tonic, relied on the standard blues idiom, The V.S.D.S. sounds disco depths. The musicians play against a synthesized backdrop, which contains the main reference to disco. Each of them is given a microcontroller, which both conducts the processing of their sonic output and, based on the sound happening in the room, indicates to them which part of the score to perform.

Guy writes: “The Very Slow Disco Suite is, as the title states, a musical exploration of extremely slowed down disco music. I found that slowing down (preferably simple) musical events causes otherwise very discrete properties to emerge. The essence of disco music is a very rigorous binary beat, running at a speed of approximately 120 BPM. But that quality vanishes when you slow the tempo down to 20 BPM or less and other harmonic and melodic aspects take over instead. Three musicians and a microcontroller are the explorers of the material that runs as a backing track. The microcontroller is hereby the central arranger. It is in charge of a number of things: it tells the musicians which segment of the score to play, it decides when and how or not to process the sound of a particular instrument and it decides which of the 4 accompanying voices will be heard or not. To make these decisions it gathers information from the music being played. The microcontroller appears to be very talented, but also very unreliable, sometimes shy and stubborn, at times very stimulating or frustrating. Very human in a sense, thus that I came to consider it as the 4th albeit slightly autistic member of a quartet.”

Guy De BiÃ¨vre (b. Brussels, 1961) is a composer, musician, arranger, sound designer and sound art curator. As a composer/performer he focuses on experiments that combine computer, live electronics, acoustics and standard arrangement formats. He had works commissioned and/or performed by musicians such as Guy Klucevsek, Seth Josel, Anne La Berge, The Bozza Mansion Project, Annette Sachs, Zivatar Trio and various local and international organizations. As a performer next to his works, he has collaborated with various composers and musicians such as Phill Niblock, Anne La Berge, Tom Hamilton, Ensemble Champ d’Action and Peter Zummo. He curates the Earwitness sound art series at the CCNOA space in Brussels. After having worked for various contemporary and experimental music related organizations (e.g. the Logos Foundation and the IPEM) and completing a two year research term at the Jan Van Eyck Academy in Maastricht, he now freelances in various outfits and trades.

Peter Zummo is, in order: musician, trombonist, composer, band leader, producer, organizer and engineer. He has performed his works for solo trombone and ensemble worldwide. His work emerges from the contemporary classical tradition with a strong element of individuality and iconoclasm. Zummo explores this tradition in combination with or in juxtaposition to the so-called minimal, downtown, jazz, world music, ambient, avant-garde, folk and rock styles. He has pioneered new approaches to, and uses for extended instrumental technique on the trombone and also uses the valve trombone, didjeridu, euphonium, computers, synthesizers and other electronics in his music. His playing is characterized by a multitude of voices, many the result of non-standard muting, but many more as aspects of open playing, also with voice and lip multiphonics, and singing as well–producing some of the most engaging “new music” to come out of New York in the last twenty years. Plastics, both as mutes and horns, play a role. Zummo’s compositions are built on melodic and rhythmic fragments, which are presented as lists to like-minded musicians who then pursue ensemble at the boundaries of common and extended practice.