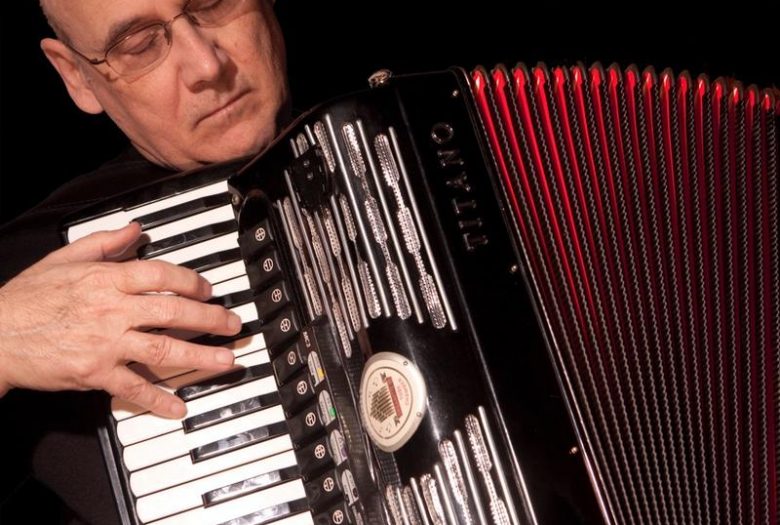 Guy Klucevsek is one of the world’s most versatile and highly-respected accordionists. He has performed and/or recorded with Laurie Anderson, Bang On a Can, Brave Combo, Anthony Braxton, Anthony Coleman, Dave Douglas, Bill Frisell, Rahim al Haj, Robin Holcomb, Kepa Junkera, the Kronos Quartet, Natalie Merchant, Present Music, Relâche, Zeitgeist, and John Zorn. Klucevsek has released over 20 recordings as soloist/leader on Tzadik, Winter & Winter, innova, Starkland, Review, Intuition, CRI, and XI. Stereo Review cited his Starkland recording, Transylvanian Software, as a recording of special merit” (1995). He can also be heard on John Williams’s orchestral scores for the Steven Spielberg films, “The Terminal,” “Munich,” “Indiana Jones and the Kingdom of the Crystal Skull,” and “The Adventures of Tin-Tin,” and on A. R. Rahman’s score for “People Like Us.” –Bio as of 2019