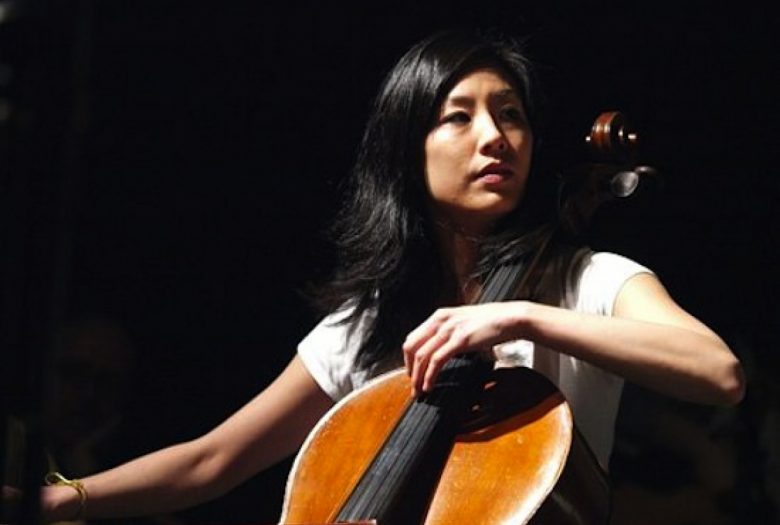 Cellist, composer and improviser Ha-Yang Kim was born in Seoul, Korea. Ha-Yang made her professional solo debut at age 16 with the Atlanta Symphony Orchestra. Hailed as “phenomenal” and playing with “brilliant technique full of energy, concentration, musicality and expression” (Mainpost, Germany), she performs new music as a soloist and with ensembles and artists in festivals and concert venues throughout the world. She is the founder of Odd Appetite, a cello-percussion duo which performs and commissions new contemporary works alongside original works and improvisations. Ms. Kim has developed a unique language of extended string techniques and has created her own music based on this work, as well as collaborating on new pieces from other composers. Her musical influences draw equally from a range of western classical music, American experimentalism, rock, jazz, and improvised music, to non-western musical sources from Bali, Korea and South Indian classical music (Karnatic). Her music has been performed in the US, Turkey, The Netherlands, Belgium, Korea, and Germany. In seeking new musical experiences, Ha-Yang has performed traditional and new Balinese music as a member of Gamelan Galak Tika, and has collaborated/ performed with many diverse musicians such as Evan Ziporyn, Cecil Taylor, John Zorn, Alvin Lucier, Christian Wolff, Lee Hyla, Louis Andriessen, Lukas Ligeti, Larry Polansky, and Stefan Poetzsch, with whom she has presented original compositions incorporating electronics, dance, theatre, and multi-media.

Past performances include as soloist at Carnegie Hall, touring and playing at festivalsÃŠin the US, Europe, Cuba and Bali, Indonesia, performing at the Bang on a Can Marathon with both her duo and the All-Stars, composing for and performing at the Kwacheon International Theatre Festival in Seoul, Korea, a solo recital at the Hochschule fur Musik in Wurzburg, Germany, and broadcast recordings for the Bavarian Radio Network. Upcoming performances of her music include at festivals in St. Petersburg and Moscow, Russia, Holland, Belgium and in the US. Ama, a CD of her own compositions, is released on Tzadik. Ms. Kim has also recorded for New World, Cold Blue, New Albion, Karnatic Lab and Bridge Records.

She has received prizes and awards including a grant from Meet the Composer, Trust for Mutual Understanding, the Argosy Foundation, the Ruth Schwob Foundation, and The Atlanta Symphony Orchestra. Ms. Kim has been an artist-in-residence at Princeton University, Brown University, Harvard University, Dartmouth College, Bates College, Brandeis University and at the Walden School for Young Composers. Ha-Yang studied cello, improvisation, and microtonality at the New England Conservatory of Music, Karnatic music concepts at the Conservatorium van Amsterdam, and was on the faculty at Franklin Pierce College in New Hampshire, USA. She currently lives in Brooklyn, New York.