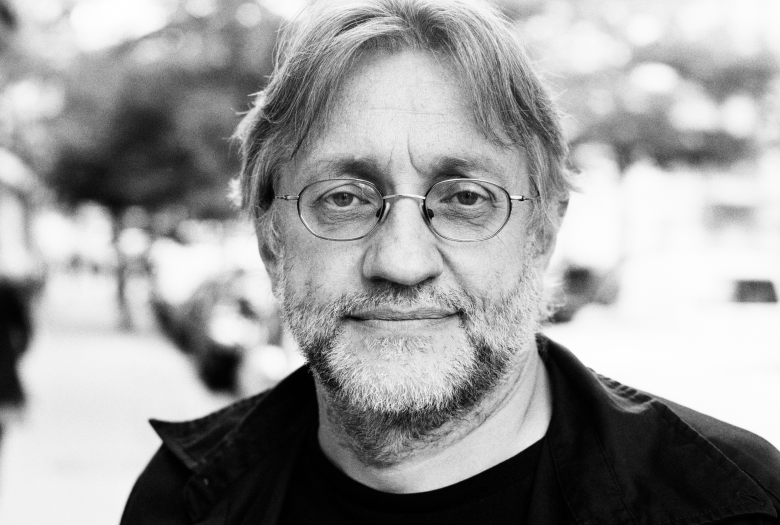 Hans Tammen uses Earle Brown’s open form composition idea as a starting point to create a large multi-movement piece, thoroughly composed and purely improvised at the same time. He gets his thrill out of exploring the world of sounds, and by superimposing or phasing of multiple rhythms. His new work ANAGENESIS draws from a single repertoire of around 100 pre-conceived musical units. The conductor uses the orchestra as an instrument, while each performer shapes the music through virtuosic improvisation and the individual stylization of musical performance. “Everything about Third Eye Orchestra… indicates mastery and control” (Howard Mandel / CD Liner Notes).

“I have felt that the conditions of spontaneity and mobility of elements which I have been working with create a more urgent and intense “communication” throughout the entire process, from composing to the final realization of a work, I prefer that each “final form,” which each performance necessarily produces, be a collaborative adventure, and that the work and its conditions of human involvement remain a ‘living’ potential of engagement.” (Earle Brown)

Hans Tammen creates music that has been described as an alien world of bizarre textures and a journey through the land of unending sonic operations. He is mostly known for his “Endangered Guitar” work, for which he received a Fellowship from the New York Foundation of the Arts (NYFA) in the category Digital/Electronic Arts this year. His Third Eye Orchestra concept was first presented in 2004 on Canada’s Sound Symposium Festival, with a take on Miles Davis’ Bitches Brew period. The 2005 “Jazz on the Volga” Festival in Yaroslavl, Russia saw the premiere of his first original work, and further works for various ensembles were presented in Bulgaria, Mexico and Germany; and in New York at Roulette, Brecht Forum and as art of Manhattan New Music’s New Composers series. The 2006 Roulette performance was released as “Antecedent/Consequent” on Innova, the label of the American Composers Forum. All About Jazz called the music “nothing short of breathtaking”, and “a masterpiece of musical evocation”.