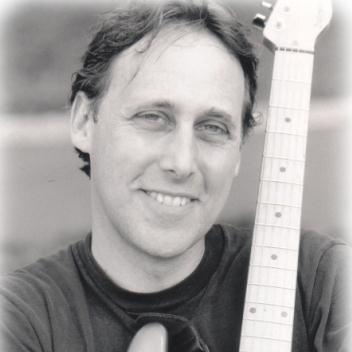 Allan Jaffe will join forces with electronic composer/saxophonist EARL HOWARD and drummer GERRY HEMINGWAY to present a concert of original compositions and improvisations. Featured in the evening’s performances will be a collaboration utilizing Howard’s pioneering, interactive electronic processing techniques on the acoustic guitar and drums, combining these instruments’ natural sounds with his own imaginative aural perceptions. Also on the program will be a solo guitar piece, as well as several acoustic duets and trios.

ALLAN JAFFE’S career as a guitarist and composer has spanned a wide range of musical forms, from jazz, blues, and funk, to opera, music theater, and the art song. As a guitarist, he has toured the United States and Europe, playing with great improvisors such a Julius Hemphill and Anthony Davis, as well as with funk artists James Brown and Maceo Parker. His ten-year collaboration with the avant/funk group Slickaphonics, which also featured Mark Helias and Ray Anderson, resulted in five CDs, concerts, and television appearances throughout Europe and the U.S. As a composer, he has written numerous art songs for guitar and voice. His collaborations with librettist Deborah Atherton have produced a music theater work, Carmilla, an adaptation of the 19th century vampire story bu J.S. LeFanu, and their opera, Mary Shelley, which had its premiere at The Ethical Culture Society in New York City in May, 2002, as well as a Songs of the City, a work in progress. Allan as been a pioneer in the contemporary guitar rag. His book Ragtime Guitar, a collection of his original rags along with his arrangements of classic piano rags, was published by Hal Leonard Publications in September, 2004.

Earl Howard, saxophonist and composer, has been expanding his instrument’s boundaries since the 1970s. A frequent performer at the Knitting Factory, Howard later shifted his focus towards live electronics, electronic tape music and chamber music for electronics and acoustic instruments. His work is a mixture of composition, improvisation and chance, and frequently is composed for and performed by musicians from the jazz tradition, such as Anthony Davis and Gerry Hemingway.

Gerry Hemingway has been making a living as a composer and performer of solo and ensemble music since 1974. He has led numerous groups, most recently his quartet with Ellery Eskelin, Ray Anderson and Mark Dresser as well collaborative groups with Mark Helias & Ray Anderson (BassDrumBone), Reggie Workman & Miya Masaoka (Brew), Marilyn Crispell & Barry Guy (CGH trio) and many others. Mr. Hemingway is a Guggenheim fellow and has received numerous commissions for chamber and orchestral work, including Terrains, a concerto for percussionist and orchestra commissioned by the Kansas City Symphony. He recently completed a two-year recording project for the German label, between the lines, entitled Songs.