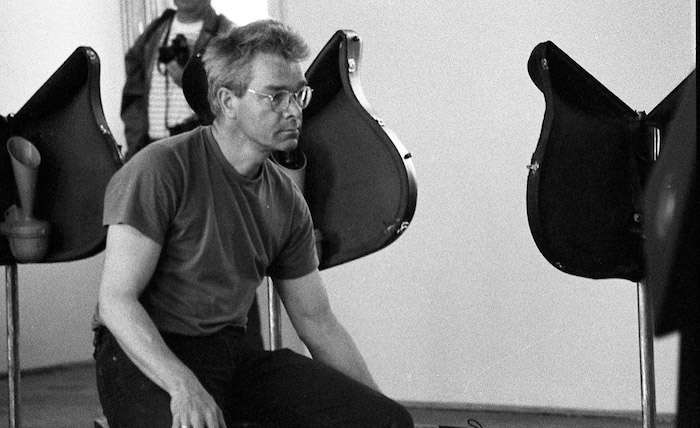 Horst Rickels originally studied piano construction at Grotrian-Steinway, then music in Kassel, where he started composing for the Staatstheater. He then moved to the Netherlands, where he studied electronic composition under Dick Raaijmakers at the Royal Conservatoire in The Hague and music theory with Jan van Dijk at the Brabants Conservatoire, Tilburg.

Trained as a saxofone player and pianist, he participated in different bands such as The Four Winds, The Maciunas Ensemble and Der Junge Hund. At the same time, he experimented with new principles for multimedia theater, resulting in Van Gogh’s Laatste Oor or The Simulated Wood.

Rickels’ main work has been developing new instruments, in the form of sound objects, sculptures and installations, incorporating the audio-visual qualities of the surrounding space, natural or artificial environments. For many of his projects, the starting points are the site-specific qualities of a space, architectonic and acoustic. Another aspect of his research is how the principle of instability of tuning-systems, pictorial structures and performance practices can be made the central theme of art works.