CANCELED: Hyphen Hub: Visions of the Future Series: How the Light Gets In 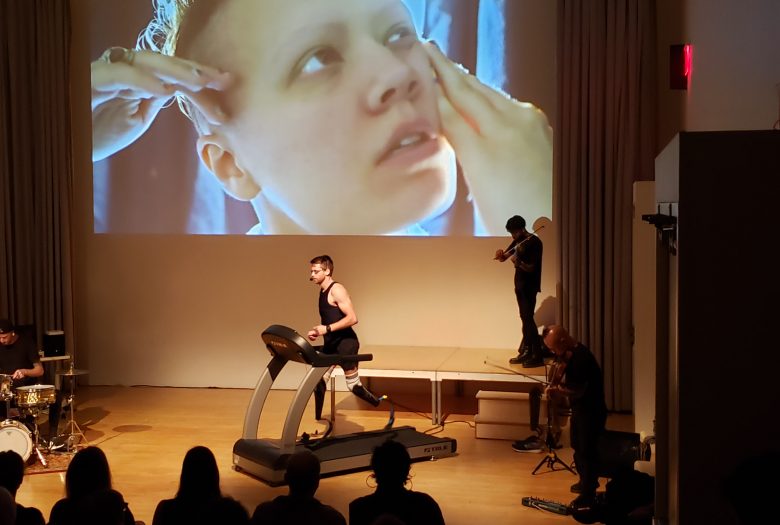 CANCELED: Hyphen Hub: Visions of the Future Series: How the Light Gets In

This event has been canceled. We hope to reschedule for a  future date.

How the Light Gets In is a multimedia performance by artist Janet Biggs. Driven by aural triggers and machine learning, the work explores the relationship between and confluence of humans and technology through shared creative production. While addressing complexities, How the Light Gets In focuses on hope, in a time when inclusion and pursuit of new possibilities is being challenged.

Constructed in four movements, the work features a duet between vocalists Mary Ester Carter and A.I. Anne—an artificial intelligence entity trained on improvisations from jazz to world music, actively listening to Carter and generating new ideas based on what she hears; a composition by drummer Jason Barnes titled Entity: accompanied by improvising violinists Earl Maneein and Mylez Gittens, Barnes is equipped with a prosthetic arm attached to two drumsticks—one stick controlled by the drummer and the other, by artificial intelligence that allows it to hear what Barnes is playing and improvise off him; and a movement that pairs the artists with bilateral amputee marathon runner Brian Reynolds equipped with percussive running blades.

Artist Janet Biggs is a 2018 John Simon Guggenheim Foundation fellow known for her work in video and performance. Biggs’ work focuses on individuals in extreme landscapes or situations, often navigating the territory between art, science and technology.

HYPHEN HUB is a NFP organization presenting radical new visions of the future through the integration of art and creative technology.