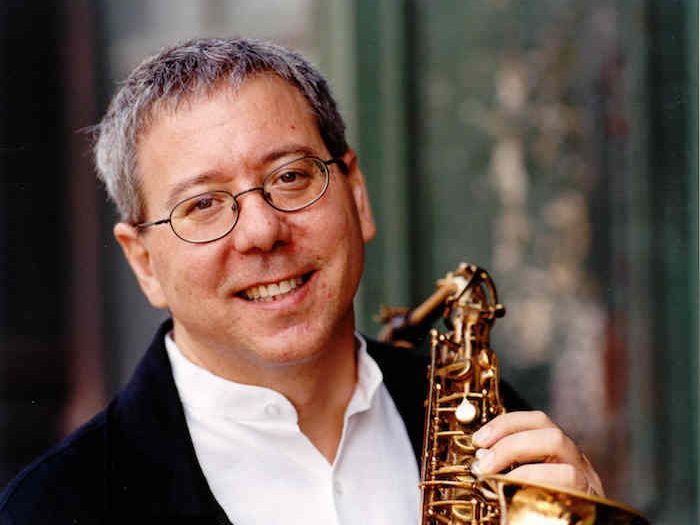 Composer and woodwind player Marty Ehrlich presents the NY premiere of his string quartet, Plowshares People, as well as two world premieres of Lay Down Your Weary Tune for solo clarinet and a new work for string quartet plus alto saxophone, with Jennifer Choi and Cornelius Dufallo on violins; Lev Zhurbin on viola; Alex Waterman on cello.

“For Living Lovers” is the instrumental duo of the exceptional acoustic guitarist Brandon Ross and acoustic bass guitarist Stomu Takeishi, joined by JT Lewis on drums and Stephanie Richards on trumpets/flugelhorn.

Marty Ehrlich is one of the most celebrated artists of his generation, critically acclaimed as both composer and player. Equally fluent on clarinet, saxophone, and flutes, Ehrlich has been hailed as “one of the most formidable multi-instrumentalists since Eric Dolphy… the jazz dream musician” (The Village Voice). The New York Times calls him “one of the premier melodicists of his generation,” and The Nation “one of his time’s most original thinkers (with) a rare and wonderful talent, a now yearning, now biting attack and a stunningly voice-like expressiveness.” Jazz Zeitung states: “If there is a believable poetic sensibility in jazz, you will find it with Marty Ehrlich.” The Jazz Journalist Association honored him as Wind Player of the Year in 2001 and as Clarinetist of the year in 2003. In 2004, Ehrlich was awarded a Guggenheim Foundation Fellowship in Composition.

Ross is the co-leader of the avant power trio, Harriet Tubman, with bassist Melvin Gibbs, and drummer JT Lewis. “Tubman” is dedicated to musical revelation/investigation in a pan-African vernacular. In Harriet Tubman, Ross uses electronics, and pan-tonality to sculpt a multidimensional, interactive, sonic language in a “classic” R&B/Rock configuration of guitar, bass, and drums. Harriet Tubman has released 2 cds, I Am A Man on Knitting Factory Records, and Prototype (live) on John Zorn’s Avant Records label. Harriet Tubman’s Dub-ill 3rio LIVE, featuring Ron Miles/DJ Logic/DJ Singe, was released in 2009.