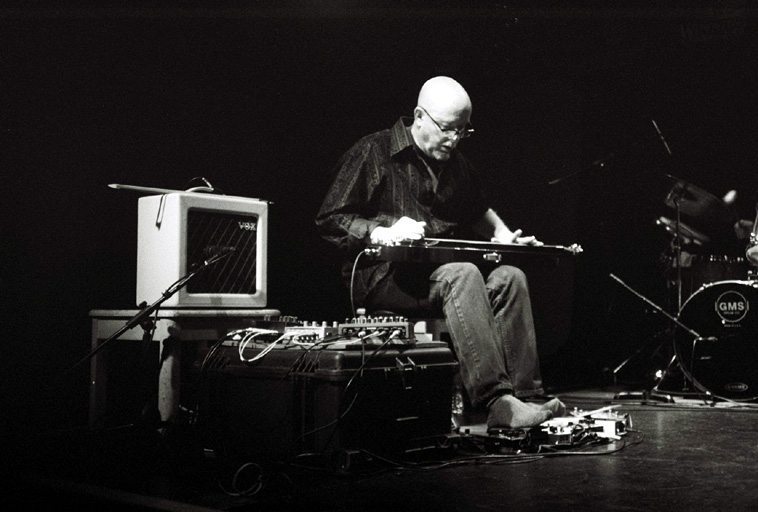 Over a career spanning four decades multi-instrumentalist, sound-designer, conductor Dino J.A. Deane has demonstrated a unique and innovative approach to the world of music. Deane pioneered the use of live-electronics in Indoor Life a popular art/punk band from San Francisco during the early 1980’s. There he played trombone controlled synthesizer that emulated the sound of an electric guitar and employed a tape-echo to create in the moment loops. Soon afterwards he was touring the world as the electro-acoustic live-sampling percussionist with Jon Hassell. That collaboration resulted in the ground breaking Power Spot recording for ECM in 1986, produced by Brian Eno & Daniel Lanois. During that same period Deane became a close collaborator in Butch Morris’s real-time composition creations called Conductions and in 1995 co-produced Morris’s epic 10 CD box set Testament for New World Records. Deane coined the term live-sampling, which means to record members of the ensemble while in performance, manipulate the sound and play back the recorded audio as part of the piece, all in real time. He is considered a master in this field of performance. Deane has an extensive background in composition for modern dance having created over fifty dance/music works with his partner, dancer choreographer Colleen Mulvihill. He has an equally long history creating sound designs for dramatic theater, working with writer directors as diverse as Sam Shepard, Julie Hebert, Christoph Marthaler and John Flax of Theater Grottesco. Dino is sought after by music festivals, instrumental ensembles, spoken word artists, film makers, theater companies and conservatories worldwide for performances, projects and workshops.