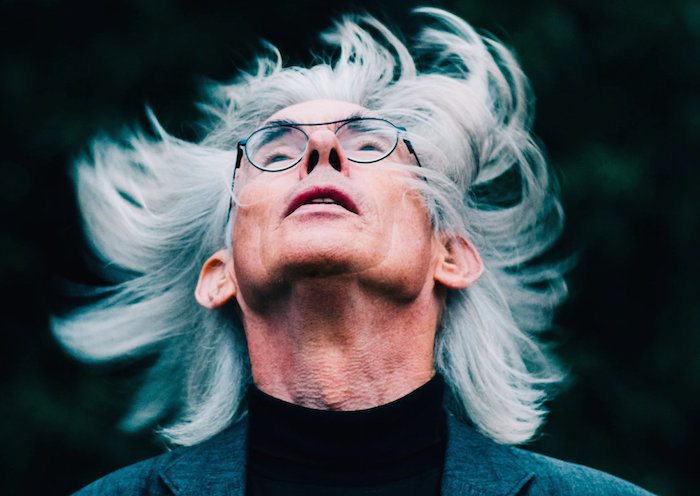 The legendary vocalist begins with mundane texts from everyday life such as newspapers, user’s manuals and science books or his own artificial language. He then generates electric solo improvisations using samples, processors and algorithms driven by a Powerbook to extend the range and density of the vocal source. The computer injects elements of unpredictability to complicate these efforts but the final result remains true to the simplicity and clarity of the solo voice. Blonk is an absolute original from the idiosyncratic Dutch improvisor scene and is as amazing to watch as to hear.

Jaap Blonk (born 1953, Woerden) is a Dutch avant-garde composer and performance artist. Blonk is primarily self-taught both as a sound artist and as a visual/stage performer. He studied physics, mathematics, and musicology for a time, but did not complete his studies. One of his early influences was Kurt Schwitters, whose Ursonate he first heard in 1979; he memorized the entire work, and it became one of the cornerstones of his repertory; he has recited portions of the piece hundreds of times in various public places. His compositions and performances are examples of sound poetry, making use of words and phonetic snippets as well as clicks, hisses, and other vocal manipulations. He works as a solo performer, in collaboration with avant-garde musicians such as John Tchicai, Tristan Honsiger, and Mats Gustafsson, and with his own ensembles Splinks and BRAAXTAAL. –Bio as of 2019