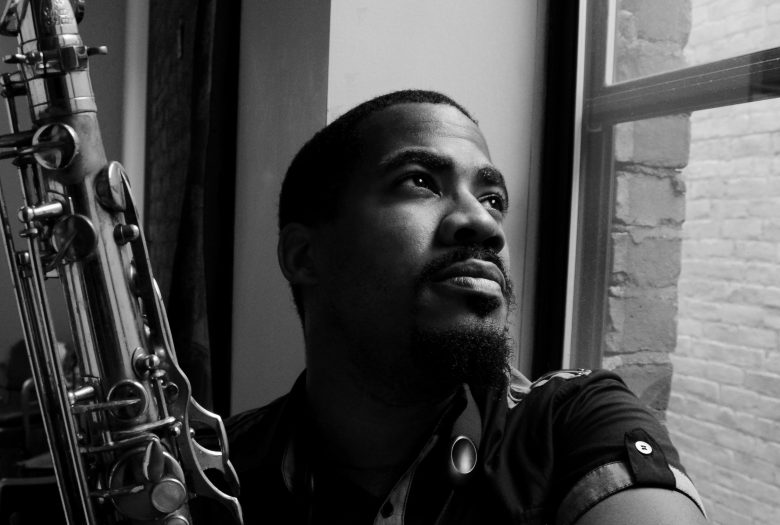 James Brandon Lewis returns to Roulette to present celebrate the album release of Jesup Wagon—a brilliant appreciation of the life and legacy African-American musician-painter-writer-scientist George Washington Carver. This performance will consists of seven pieces that create a portrait of stunning clarity and depth.

One of the greatest contributions to Cooperative Extension, the Jesup Agricultural Wagon was first used by noted Tuskegee Institute scientist and teacher George Washington Carver in 1906. It was a mobile classroom that allowed Carver to teach farmers and sharecroppers how to grow crops, such as sweet potatoes, peanuts, soybeans and pecans. The wagon’s name originates from Morris Jesup, a New York banker, who financed the project, but it was Carver himself who designed the wagon, selected the equipment and developed the lessons for farmers. (Wendi Williams, Alambama A&U and Auburn Universities)

Lewis’s 9th record, the album’s liner notes are delivered by the great UCLA American historian Robin D.G. Kelley, who in 2009 released the definitive Thelonious Monk biography Thelonious Monk: The Life and Times of an American Original. Printed lovingly on an ochre background, his notes contain much historical detail about Carver, particularly as they relate to the tunes. Kelly calls the album “a revelation.” 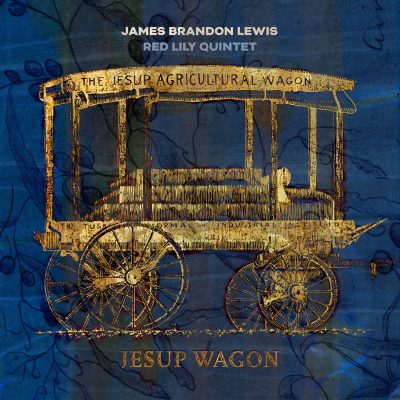 Jesup Wagon is James Brandon Lewis’ Red Lily Quintet, anchored by the tectonic rhythm section of bassist William Parker and drummer Chad Taylor, and rounded out by cornetist Kirk Knuffke and cellist Chris Hoffman. Parker, who James says “has looked out for me ever since I arrived in New York City,” is a genius of the stand-up bass who performed with grand-master Cecil Taylor for 11 years straight. He is also a renaissance man in his own right. Chad Taylor, “one of the most melodic drummers I’ve ever played with,” James says, is a Chicagoan who has gifted to New York some of the energy and drama the windy city is known for. Kirk Knuffke is one of New York’s rare cornet players, using that instrument’s impish tone to explosive effect on dozens of records by New York jazz heavies. Chris Hoffman made his bones playing Henry Threadgill’s demanding music in a few of the great alto saxophonist’s bands, and has worked with artists as diverse as Yoko Ono, Marc Ribot and Marianne Faithful.

Cornetist Kirk Knuffke left Colorado for New York in 2005 and dropped right into the avant-garde scene, beginning with the late Butch Morris. He brings to freedom a kind of lyricism and sure tone one hears in Lester Bowie, Don Cherry or Graham Haynes.

Chris Hoffman, known partly for his work with Henry Threadgill and Butch Morris, is a poet on his instrument. As a writer/filmmaker with a flair for storytelling, he also brings a cinematic and literary sensibility to the music.

Chad Taylor—percussionist-extraordinaire, composer, teacher, student of the science and art of rhythm, and navigator. Having come of age in one of the centers of experimentalism and Black culture , Chicago, Taylor played with Fred Anderson, Pharaoh Sanders, Malachi Favors, and was already on a mission similar to that of Carver: to tap into the natural world and the folk whose wisdom, myths and morals have protected the earth for millennia.

William Mazza – is a Brooklyn-Based visual artist and community arts activist. His work explores spatial and temporal relationships of people to their environments through representational forms and media