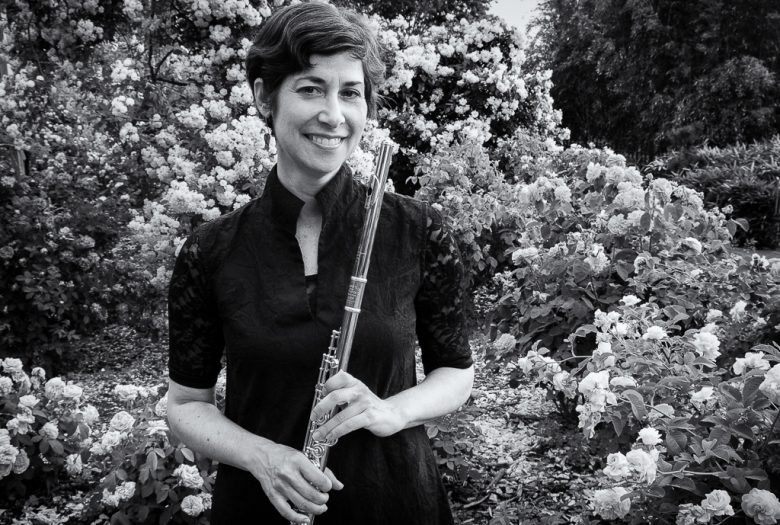 Jane Rigler, (flutist, improviser, composer, educator, producer) is known for her innovations in new flute performance, techniques and musical vocabulary. She is an active featured performer in contemporary music festivals throughout the U.S. and Europe as a soloist as well as within chamber ensembles. Besides premiering works written especially for her, Jane’s own compositions cover the gamut of simple solo acoustic pieces inspired by language, to complex interactive electronic works that pay homage to painting, poetry and dance. After receiving a B.M. degree (Northwestern University) and pursuing flute studies in various parts of Europe and North America, she received M.A. and Ph.D. degrees (UC San Diego) completing The Vocalization of the Flute, a manual demonstrating new and ancient methods of singing-while-playing the flute. Her expertise has led to performances in contemporary operas, experimental theater and dance events internationally. Her flute compositions are sought after by other flutists and have been performed world-wide, in Korea, Australia, France, Spain, and in concert halls and universities throughout the U.S. After living in Spain 9 years, Jane resides in New York and organizes events such as the Relay~NYC! at MoMA, and the Spontaneous Music Festivals. Her work has received support from: the Brooklyn Arts Council, Harvestworks, Meet the Composer, Art Omi and RPI’s Create@iEar Studios. As Technology Program Coordinator for the Manhattan New Music Project she works with the artist-programmer Zachary Seldess designing and developing the Music Cre8tor, a new interactive sensor-driven music composition program for the special needs population.
http://www.janerigler.com