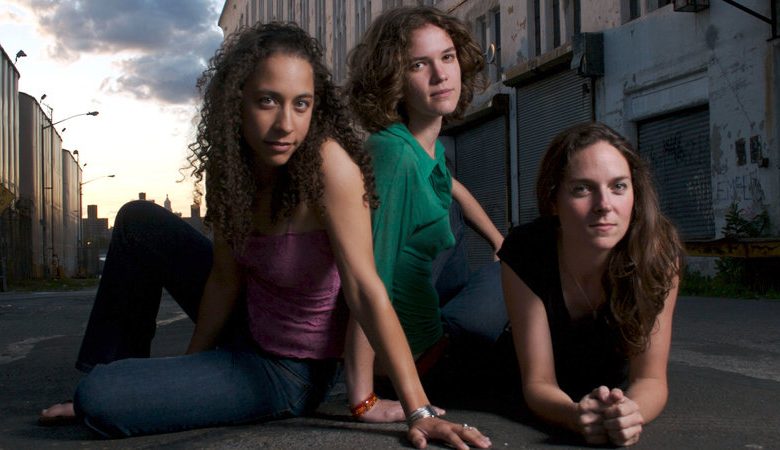 Join JANUS in this breaking-out concert of electronic and acoustic music. Featuring the US premiere of All Collisions End in Static by Irish composer Linda Buckley, the trio will be augmented by live electronic processing. Described by the composer, “All Collisions End in Static consists of a series of hyperactivities in miniature, which eventually exhaust themselves in a state of enlightened torpor.” The program also will include a pairing of equally intense works by Kaija Saariaho: Noa Noa, for processed flute solo and New Gates for trio. Keymaster, by Alarm Will Sound’s Caleb Burhans will round out the program in a laid-back, smooth flowing minimalist style. Percussionist Ian Frye joins to perform a David Lang piece, Little Eye.

Hailed by Cleveland’s Plain Dealer as “a gem made in heaven and polished to perfection,” JANUS is recognized for their versatility in presenting new and established works for this unique and exciting combination of flute, viola, and harp. This season’s highlights include performances at Weill Recital Hall, Colgate University, and the Dame Myra Hess Memorial Recital Series in Chicago. JANUS has been presented at Symphony Space, the Look and Listen Festival, the Cleveland Museum of Art Recital Series, the DuBuQuE New Music Series, Hofstra University, and Trinity Church “Concerts At One”.

JANUS is named after the Greek god whose double-faced image looks to the past and to the future. The unique combination of the flute, viola, and harp was developed when Debussy introduced this genre to chamber music in one of the last epic pieces of his life. Since then, composers have been allured by this instrumentation and have continued to develop a substantial body of repertoire. JANUS was formed in New York City in 2001 with the goal of commissioning works for the trio and introducing new audiences to the unique sound experience of this instrumentation. To date, JANUS has premiered at least five new works a year. The ’06-’07 season will also include new commissions and premieres as well as the recording of Barbara White’s soundtrack for Lift, a short film created by visual artist Alison Crocetta.