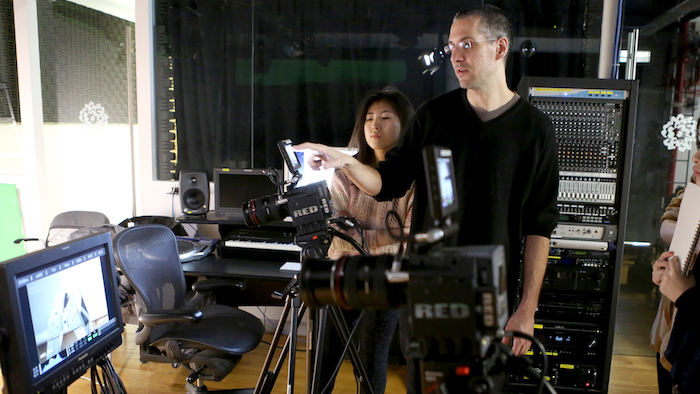 Jarryd Lowder will perform two pieces which integrate digital video and audio/music for improvisational live performance. Duo/Toggle is an interactive work, in which audience members improvise audiovisual material with the performer using simple momentary toggle switch enclosures. Composite Cells, which was featured at the Ars Electronica Festival in Austria, has the performer independently controlling several audiovisual loops, which are seen projected on disc-shaped surfaces. This is the premiere of Duo/Toggle which was commissioned by Roulette with funds from the Jerome Foundation.