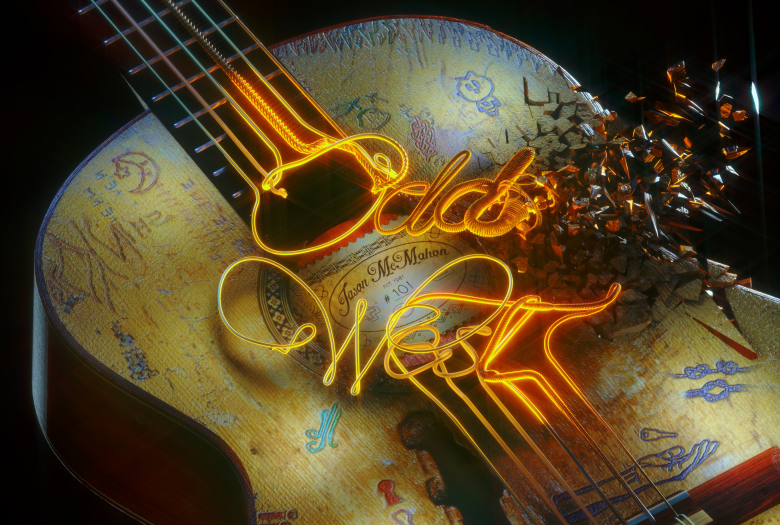 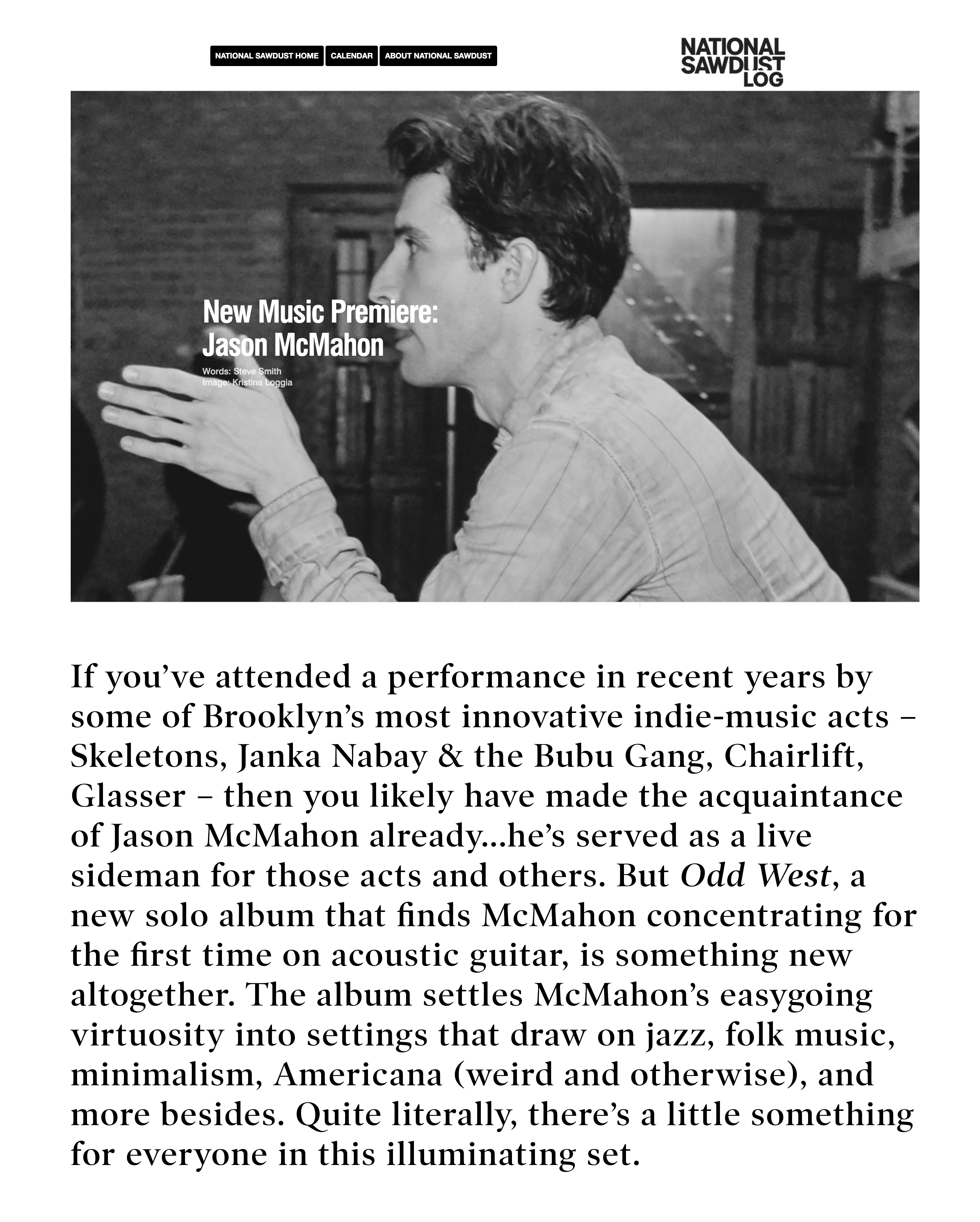 Odd West, the debut solo album from guitarist/composer Jason McMahon, is an attempt to create effortlessly listenable experimental music within a highly traditional context. Previously known for his electric guitar wizardry in such Brooklyn bands as Skeletons and Glasser, for Odd West McMahon went acoustic, began fingerpicking and wrote 14 songs in an arbitrary tuning which he purposely never analyzed. McMahon started writing the songs of Odd West in preparation for a family reunion in his home state of Colorado and continued writing and performing the pieces at a number of friends’ and family’s weddings throughout the course of 2018, including his own. The music he created exists in a dream world that you are delicately carried away to; an alternate reality where you know every detail is imperceptibly different. Odd West is not a place, but it is how to remember how to get there. This performance will mark the live debut of a seven-piece ensemble McMahon has assembled exclusively for this event.

Jason Chavez McMahon (b. 1981), has lived and played music in Brooklyn for the past 15 years. After graduating from the Oberlin Conservatory of music with a degree in jazz performance, McMahon was an active member of the Shinkoyo art collective/record label, and was a member of several bands on the label, most notably, Skeletons (and the Kings of All Cities, and The Girl-Faced Boys, Big Band). Together with Skeletons, Jason co-founded The Silent Barn, a now-defunct performance venue and recording studio in Ridgewood, Queens. Jason and his wife live with their four cats.