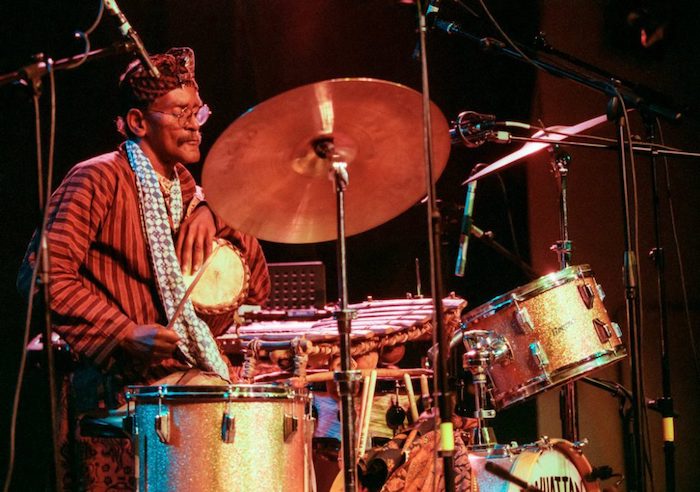 Jerome Cooper’s fruitful musical legacy with the Revolutionary Ensemble and stints with Anthony Braxton, Cecil Taylor and others reads like a who’s who in cutting-edge jazz. Nowadays Cooper’s polyrhythmic drumming and multitasking persona are prime factors in his mesmerizing solos. Wonderful combinations of Indonesian gamelan, West African timbres, jazz kit and garage band electronics surprise and merge in a satisfying post-everything style.

Beth Cummins is a New York City photographer and videographer. She has had
numerous photographic exhibitions, as well as providing writings and
photographs for commercial publication. She began her artistic consanguinity
with Jerome Cooper by fusing live performance with accompanying slide shows
at The Alternative Museum, Experimental Intermedia, and other venues. Their
newest collaboration furthers their previous aural and visual synergy with
the addition of video. This video is an extension of an on-going synthesis
of music, portraits and nature studies, titled Human Nature; the driving
impetus and theme being a search for unity of the elements of the arts,
nature and human beings.