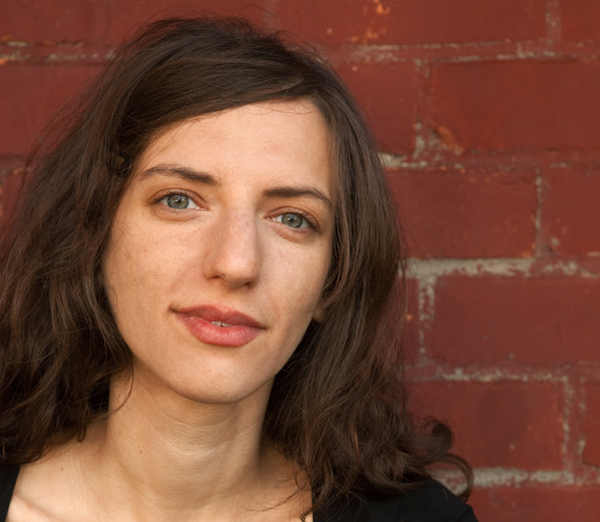 Jessica Feldman is an intermedia artist with a background in sound, sculpture and installation. She creates work that asks its audience to engage in dynamic relationships with their physical surroundings, with each other, with larger communities and with political questions. Recent pieces tend toward interactivity and often occur in extremely public or extremely private spaces. She makes use of sculptural materials, video and choreographic practices in addition to sound. Works have been performed, installed and exhibited internationally at art galleries, concert halls, public parks, city streets, tiny closets and the internet. Recent and upcoming venues include The Kitchen, The Museum of Contextual Amputations (ongoing online project), The Stone, The Tank, Chelsea Waterside Park, Tenri Cultural Institute and various outdoor locations. Her work has received grants/awards from the LMCC, the Max Kade Foundation, Columbia University and the Experimental Television Center, among others.

Tonight, Feldman presents Final Statement, a social sculpture/sound installation that challenges traditional concepts of memorial and proposes that a memorial can be as interactive, fluid and volatile as memory itself. The work explores the conflation of a number of issues of recent concern: documentation, history, truth, recording technology and its failure, mortality, execution, the disjunction that technology allows between the killer and the killed, and communal decisions about resources, preservation and destruction.

The vocabulary of objects used for this installation is intended to make the setting look as institutional as possible. Multiple circuits installed in the space contain the recordings of testimonials (some of them final statements) from inmates on death row. Circuits self-destruct (by short-circuiting and burning out/electrocuting the recording) after a finite number of playbacks. Playback is activated by a sensor that the viewer touches. The sound plays quietly through one small, quiet speaker – so quietly that listeners have to place their ears against the speaker to hear the sound. In this way, the sound is made private and individual – only one person can receive the sound at once, and no one else can hear what he or she hears. Viewers/listeners are confronted with choices: to play the recording, to preserve the recording, to leave it for someone else, to share the information with a group, etc. Thus, the community’s choices activate the work and the work documents the community’s choices.