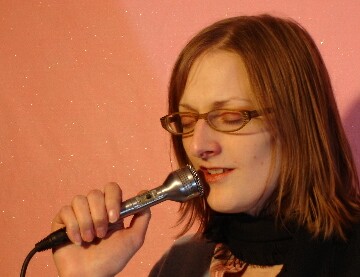 Jessica Rylan is a sound artist and electronic musician who lives and works in the Boston area. She builds unique synthesizers for installations and live performance. Her designs are influenced by plants, and the historically outmoded. Her music incorporates the intuition of folk music with the techniques of the avant-garde.

Rylan has presented sound installations at the List Visual Arts Center at MIT, the Boston Center for the Arts, and the Berwick Research Institute. She received an MFA from Bard College and has been awarded grants from the Penny McCall Foundation and the LEF Foundation. Her recordings are available on Ultra Eczema and RRRecords. She is currently a Research Affiliate at MIT’s Center for Advanced Visual Studies.

For tonight’s show, Rylan will be singing, dancing, playing home-made synthesizers and performing some compositions from her forthcoming CD, “Interior Designs,” which will be released on Important Records this March.