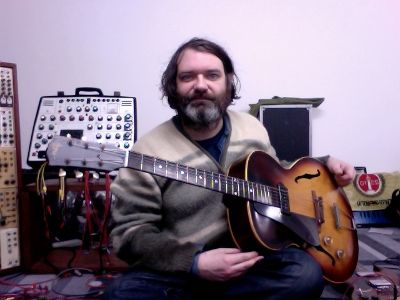 New stuff on top of old stuff using oscillator type sounds he made in the late 80s early 90s that have aged well, O’Rourke on piano, synth, guest musicians and perhaps a film.

Jim O’Rourke (born January 18, 1969) is an American musician and record producer. He was long associated with the Chicago experimental and improv scene. Around 2000, he relocated to New York before moving on to Tokyo where he currently resides.