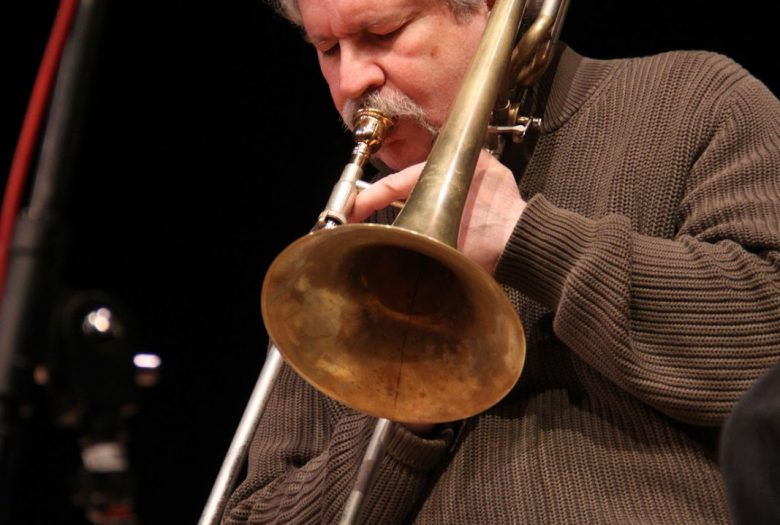 Staley has recorded with Fred Frith, Elliott Sharp’s ensemble Carbon, and for John Zorn on several records including, Spillane, The Big Gundown, Cobra, The Little Lieutenant of the Living God (Weill/Zorn) and several others. Staley also performs and records with the Tone Road Ramblers, a collaborative chamber-improv ensemble, together since 1981. He is the 2005 recipient of the Susan E Kennedy Memorial Award, given for his years in support of artists.