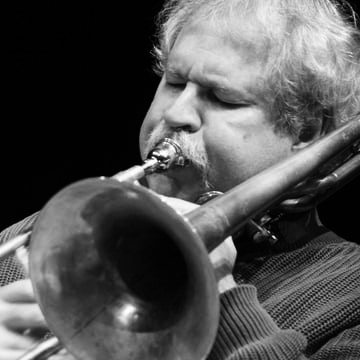 The trombonist with one of his mumbos jumbo: vocalist Shelley Hirsch and drummer Samm Bennett.