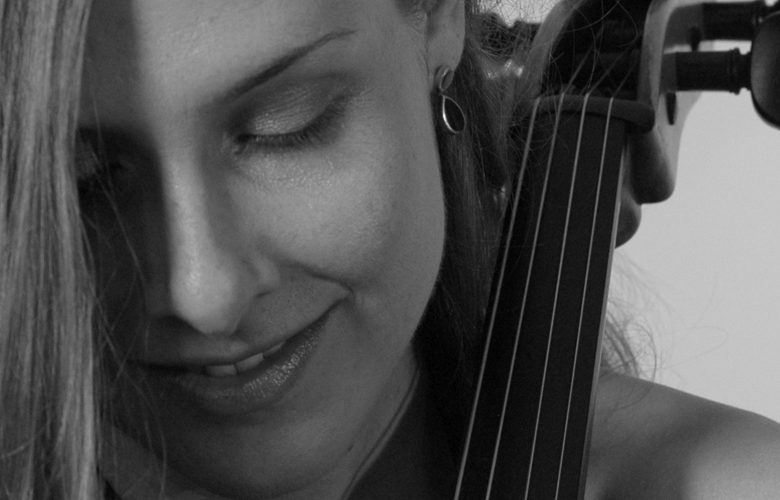 Singing cellist Jody Redhage presents a night of 21st century art song. The concert features a solo set of compositions Redhage has commissioned for voice, cello, and electronics by some of today’s most talented emerging composers including Missy Mazzoli, Paula Matthusen, and Wil Smith; and a set of her original art songs with her chamber ensemble Fire in July, including talented and versatile improvisers Ken Thomson on clarinet & bass clarinet, and Tim Collins on vibraphone.
“Adventurous cello songstress Jody Redhage” (Time Out NY) is “a new music dynamo”¦Redhage is cultivating a growing repertoire of indie art song that breaches genre boundaries and makes for stirring listening” (MusicWorks). Over the past seven years Redhage has developed the ability to sing and play rhythmically complex and opposing musical lines. As recipient of the 2005 Hertz Fellowship Grant, Redhage commissioned and recorded a CD of repertoire for her voice, cello, and electronics, “All Summer in a Day” (2007 New Amsterdam Records). Redhage composes art songs for her ensemble Fire in July, melding the sensitivity and detail of chamber music with the energy and drive of pop, rock, and jazz improvisation. Jody & Fire in July release their first album “Ancient Star,” a collection of 14 of Redhage’s original works, in September 2009. As a professional cellist, Redhage’s passions for chamber music and new music have led her to participate in an array of cutting-edge projects. Praised for her “exceptional technical command” (Night After Night), Jody graduated with her master’s degree from the Manhattan School of Music and now resides in Brooklyn, NY. Her wide variety of musical interests have led her to work with composers including George Crumb, David Lang, Steve Reich, and Terry Riley, and to performances with members of the Bang on a Can All-Stars, the Flux Quartet, Neil Diamond, Jay-Z, Beyonce, the Roots, Enya, Duncan Sheik, Guster, and Sufjan Stevens. Jody has appeared on “Conan O’Brien,” “The View,” “The Early Show,” and “The Today Show,” and her own compositions and music from her CD have been aired on NPR stations WNYC, WFMU, and WAMC. For more information and for upcoming performances, please visit www.jodyredhage.com.