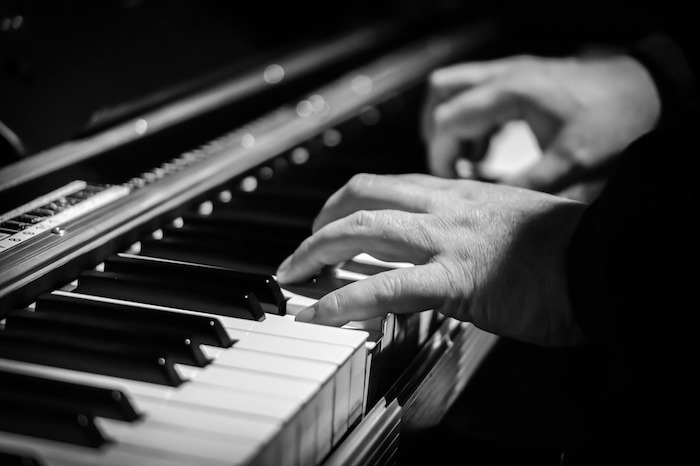 Let’s Try This Again, new and old piano music and songs as assembled by the composer under the admitted influence of Little Anthony, Francois Villon, and the paradisiacal parents of us all, Adam and Eve-as sprung from the fertile rib of poet Mary Griffin.

The New York-based composer and pianist Joe Hannan has presented solo and ensemble concerts of his music throughout the U.S. and in Europe. In New York, his work has been presented at Roulette, The Kitchen, Dance Theater Workshop, the Brooklyn Museum, and City Center. He has composed extensively for dance and theater, including collaborative works with Eric Barsness, Eric Bogosian, Carol Clements, Bill T. Jones, Jill Kroesen, and Robert Longo. He has also written voice, solo keyboard, and chamber ensembles. His short operas on the lives of saints, with librettos by Mary Griffin, have been presented in New York City at the Whitney Museum, the Performing Garage, and Roulette, and in upstate New York by the Delaware Valley Chamber Orchestra. He has been the recipient of numerous grants and residencies, including a 1988 commission from the Rotterdam Philharmonic to mark the inauguration of the city’s new municipal theater. His composition teachers were William Brooks, Gordon Mumma, and James Tenney.