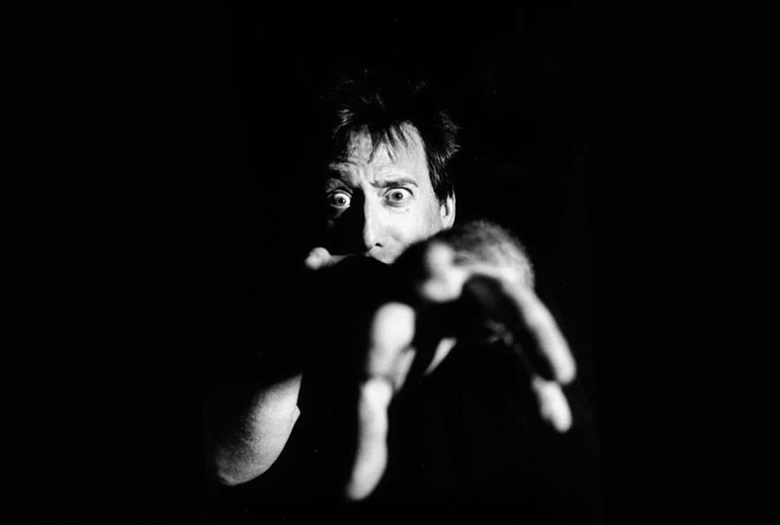 Composer John Zorn returns to Roulette to present a concert for the classic instrumentation of piano, vibraphone, bass, and drums featuring the incredible pianist Stephen Gosling and vibist Sae Hashimoto accompanied by the dynamic rhythm section of bassist Jorge Roeder and drummer Tyshawn Sorey. In a brilliant blend of classical and jazz, Gosling and Hashimoto play virtuosic exactly notated music while Roeder and Sorey improvise along with it. Intense, lyrical and ever-surprising, this is one of Zorn’s most successful third stream projects to date. This evening of new work will feature a World Premiere by the illustrious composer.

Pianist Stephen Gosling is a ubiquitous presence on the New York new music scene, and has also performed throughout the U.S., Europe, Latin America, and Asia. His playing has been hailed as “brilliant,” “electric,” and “luminous and poised” (The New York Times), possessing “utter clarity and conviction” (Washington Post) and “extraordinary virtuosity” (Houston Chronicle). A native of Sheffield, England, Gosling received his BM, MM and DMA degrees from The Juilliard School where he was awarded the Mennin Prize for Outstanding Leadership and Excellence in Music, and  Sony Elevated Standards Fellowship. He is a founding member of the American Modern Ensemble, as well as a member of Ensemble Sospeso and the New York New Music Ensemble. He has performed with Orpheus, the Chamber Music Society of Lincoln Center, Speculum Musicae, DaCapo Chamber Players, the Orchestra of St. Luke’s, Continuum, the League of Composers/ISCM Chamber Players, and Da Camera of Houston. He has also participated in Off-Broadway productions and collaborated with a number of dance companies, including American Ballet Theater and Parsons Dance Project.

Originally from Osaka, Japan, Sae Hashimoto is an exhilarating percussionist in New York City. Active in the orchestral field and a rising luminary in the avant-garde scene, her unique performances have been described as “seductive yet sharp” by the New York Times and “remarkably dynamic” in New York Classical Review. She has served as guest timpanist with the New York Philharmonic and New York City Ballet Orchestra. She currently serves as the principal timpanist of New Jersey-based orchestra Symphony in C. Since September of 2018, she has been a member of Ensemble Connect, a program based at Carnegie Hall that combines musical excellence with education, advocacy, and entrepreneurship. As a passionate advocate for contemporary music, she has premiered eight works by John Zorn, two of which are recorded in a CD titled Interpretation of Dreams under Tzadik label. She has performed his music at venues throughout New York and beyond, such as National Sawdust, the Village Vanguard, the Frick Collection, the Guggenheim Museum, the Miller Theatre, Boston’s Gardiner Museum, the Chapel in San Francisco, and the Art Institute of Chicago. She was a recipient of the Kovner Fellowship at the Juilliard School where she received her BM and MM degrees.

Originally from Lima, Peru, bassist Jorge Roeder has become renowned as one of the most versatile and expressive bass players in jazz today. Combining a symphonic imagination with the intimate lyricism of a folk musician, the aggressive energy of a raw rocker with the buoyant rhythmic sensibilities of his Afro-Peruvian roots, Roeder conveys a wide spectrum of influences within a resolute foundation. In his hands, says the Ottawa Citizen, “the music feels like it’s dancing from the ground up.” Roeder has enjoyed long-standing partnerships with Julian Lage, Sofia Rei, Shai Maestro and Ryan Keberle, and shared stages with such innovators as Gary Burton, Nels Cline, Kenny Werner and John Zorn. He’s been recognized with a number of awards, including the 2007 International Society of Bassists Jazz Competition and semi-finalist status in the 2009 Thelonious Monk Bass Competition, as well as a Grammy nomination for the Julian Lage Group’s debut album.

Newark-born multi-instrumentalist and composer Tyshawn Sorey is celebrated for his incomparable virtuosity, effortless mastery, and memorization of highly complex scores, and an extraordinary ability to blend composition and improvisation in his work. He has performed nationally and internationally with his own ensembles, as well as artists such as John Zorn, Vijay Iyer, Roscoe Mitchell, Muhal Richard Abrams, Wadada Leo Smith, Marilyn Crispell, George Lewis, Claire Chase, Steve Coleman, Steve Lehman, Robyn Schulkowsky, Evan Parker, Anthony Braxton, and Myra Melford, among many others. Sorey has received support for his creative projects from The Jerome Foundation, The Shifting Foundation, Roulette’s Van Lier Fellowship, and was recently named a 2017 MacArthur fellow. The Spektral Quartet, Ojai Music Festival, and International Contemporary Ensemble (ICE) have commissioned his works, which exemplify a penchant for a thorough exploration of the intersection between improvisation and composition.