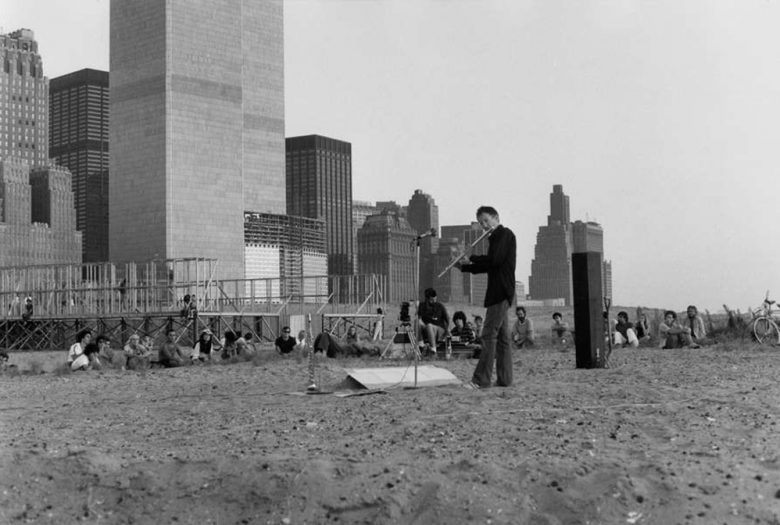 A semi-retro cross section of sounds and silence composed and performed by Gibson on soprano sax plus an early piano work. Jon Gibson will also perform early works composed for him by Steve Reich.

Jon Gibson (born March 11, 1940) is a flautist, saxophonist, composer and visual artist, known as one of the founding members of the Philip Glass Ensemble and as a key player on several seminal minimalist music compositions.

Gibson uses various instruments from around the world in his performances of jazz and classical music.

He was a founding member of the Philip Glass Ensemble, with whom he continues to perform today. Gibson performed in the premiers of In C by Terry Riley and Drumming by Steve Reich, as well as Reich’s 1967 composition Reed Phase, which Reich wrote especially for him. For a time in the 1960s, alongside Philip Glass & Steve Reich, Gibson performed the music of Moondog during weekly sessions with the composer, recordings of which were made by Reich (Glass 2007, Preface). He was briefly a member of the Theatre of Eternal Music with La Monte Young, and in the 1970s Gibson studied with Pandit Pran Nath.

He has also performed and recorded with other composers, some of them minimalists, including Christian Wolff, David Behrman, Harold Budd, Alvin Curran, Arthur Russell, Annea Lockwood and Frederic Rzewski.