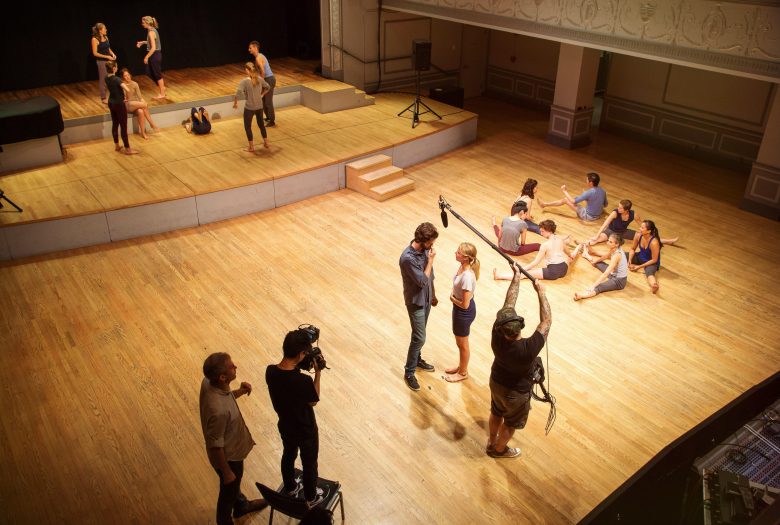 Written and directed by Josiah Cuneo, The Paper Dance is a new work of dance, theatre and film interlaced by a narrative of transformation through nonhierarchical modes of artistic expression. Exploring the oblique nature of communication, often stymied by constructed notions of authority, the program follow a young woman as she evolves through a sense of collaboration and self-actualization. Woven between performances on stage and on screen, this theme is further contemplated through music and dance created through a complex system of extemporized scores.

Josiah Cuneo: The Paper Dance is made possible, in part, by the Jerome Foundation.