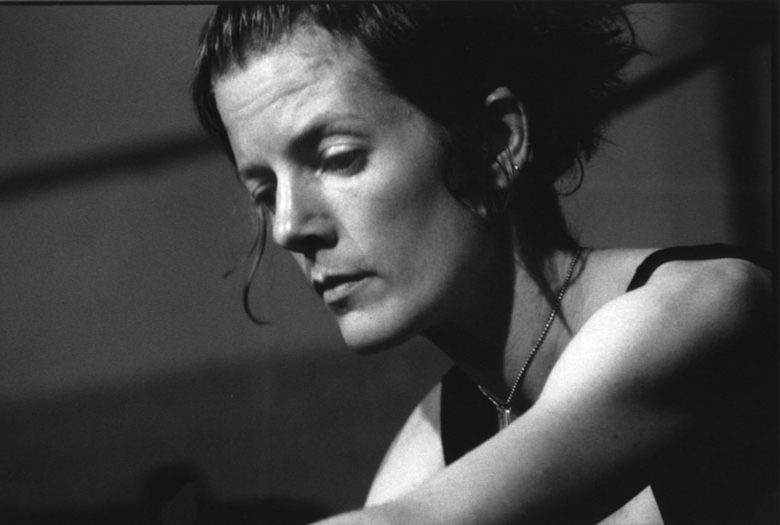 11:30am to 3pm daily, At the World Financial Center (http://www.worldfinancialcenter.com/)

Viewing_1 is a work for headphones for the World Financial Plaza, New York City. Wireless headphones are distributed from a kiosk at the site, available to anyone who wishes to listen. The headphones broadcast sounds based on sonic triggers from the location, referencing clouds of passing horns and strings. Viewing is inspired by looking up in cities, made by Matthews using a walking and mapping technique she is developing for composition from her recent “Sonic Bed” explorations. Now in residence in New York City, she is recording and mapping daily routes throughout the area, creating a score based on site-specific sounds.

Kaffe Matthews is a London-based sound artist who is acknowledged as a leading figure and pioneer in the field of electronic improvisation and live composition. Currently she is directing the collaborative research project, Music for Bodies, for which she received the 2005 NESTA Dreamtime Fellowship. Kaffe is known for making site-specific works using self-designed software matrices and feedback within the space, the site then becoming her instrument. Her Sonic Bed_London, part of the Worldwide Bed Project, received an Award of Distinction at Prix Ars Electronica this year. She also has been making a growing body of composed works through collaborations with a variety of people, including community members from the site of her work and a wide range of interdisciplinary professionals. She currently is working with NASA astronauts researching the sonic experience of space travel. Her BAFTA-awarded work, Weightless Animals, uses kites and the weather on an uninhabited Scottish island. Weather Made is another site-specific public work of hers that uses taut wires strung through the Australian outback.