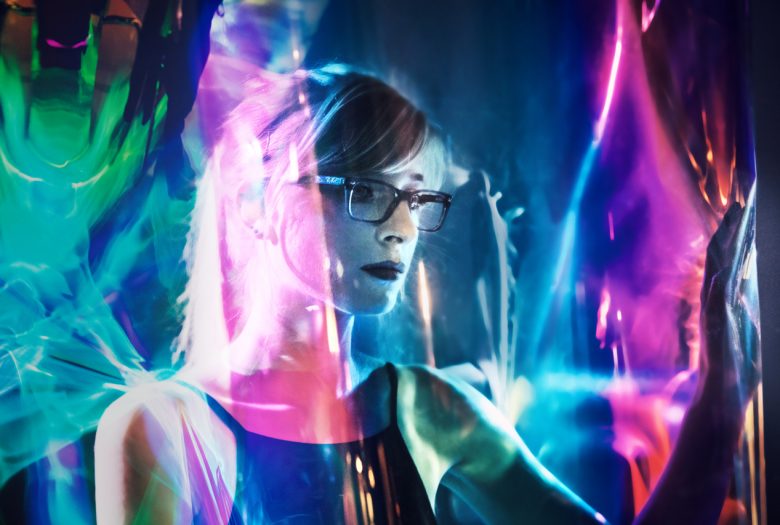 For the final performance of her Van Lier Fellowship, Kelly Moran will be presenting two sets – the first will feature acoustic prepared piano works from her 2017 record Bloodroot and upcoming EP Origin, and the second set will be an AV performance of her most recent album Ultraviolet, featuring new video collaborations from visual artists Cassie McQuater, Juli Odomo, and Ren Pan.

Kelly Moran is a pianist and composer from New York. As the main producer for her five solo albums, her intricately arranged electro-acoustic compositions have been described as accomplishing “the rare feat of making the work of a single individual sound like the artistic output of a veritable creative army.” [Revolver]

Moran’s horizonless vision is partially owed to extensive academic rigour. Shortly after earning her B.M. in piano performance, sound engineering, and composition at the University of Michigan, the artist enrolled as a fellow in University of California, Irvine’s Integrated Composition, Improvisation, and Technology MFA program in 2010. It was there that she finally fused her lifelong loves of dance and composition, perfecting the art of music in motion. Her master’s thesis—a series of electro-acoustic compositions for piano and chamber ensemble penned to accompany modern dance performances— exists as a precursor to her current music’s fluid, dance-ready DNA, inherent in its arrangements. After completing her studies, Moran could be found in the studio, recording her own music, or taking the stage at area venues to perform alongside artists from across the avant-garde spectrum. To date, the artist’s collaborative resume encompasses stints in the no-wave outfit Cellular Chaos on bass, the avant-rock band Voice Coils on synthesizer, and the experimental outfit Charlie Looker Ensemble on piano, to name a few; she has also composed alongside fellow pianist and long-term John Cage collaborator Margaret Leng-Tan, the Manhattan Choral Ensemble, and the esteemed percussion quartet
Yarn/Wire.

Most recently, she has been working as a collaborator with revered producer Daniel Lopatin—known to most as Oneohtrix Point Never. Lopatin enlisted Moran in his live band, and made her keyboardist for global Age Of tour, his “medium-spanning installation and four-part epochal song-cycle.” In March 2018, she was also awarded one of Roulette Intermedium’s coveted 2018 Van Lier fellowships, enabling her to develop artistic endeavors even further. Moran is a Yamaha artist, and currently lives in New York.

Kelly Moran is a 2018 Roulette Van Lier Fellow. This performance is made possible by the Edward and Sally Van Lier Fund of the New York Community Trust.