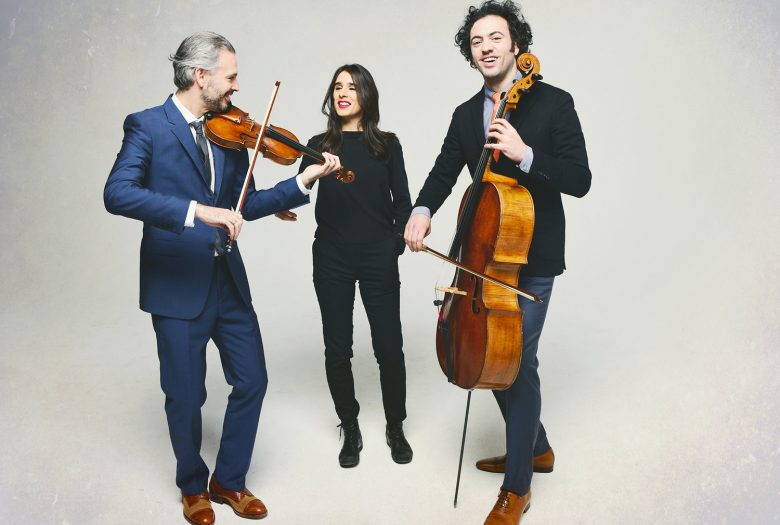 The Knights present a musical celebration inspired by Le Boeuf sur le Toit, the intoxicating Parisian nightclub made famous by Jazz Age avant garde artists Jean Cocteau and Darius Milhaud, whose suite of the same name anchors this program. Experience the spirit of Le Boeuf through a variety of musical adventures, from beloved orchestral selections by Dvorak and Prokofiev to improvisations and surprise guest appearances that will leave you speechless. Join us at Roulette, an intimate venue in Downtown Brooklyn “where experimentalist music finds a safe harbor” (New Yorker). Sit back, enjoy the show, and share a drink with the artists afterwards – it’s Le Boeuf in Brooklyn.

This program marks the launch of The Knights’ New York City residency, a new initiative to transform the concert experience and connect more closely with the NYC community through a series of residencies held over the next three seasons at venues across the city. The Knights’ NYC residency is made possible by generous support from The Andrew W. Mellon Foundation.

The Knights are an orchestral collective, flexible in size and repertory, dedicated to transforming the concert experience. Driven by an open-minded spirit of camaraderie and exploration, they engage listeners and defy boundaries with programs that encompass their roots in the classical tradition, passion for musical discovery, and flair for “intimate, vibrant music making” (New York Times).

The Knights’ 2014-15 season kicks off with a performance at Brooklyn’s Roulette, marking the first of a series of New York City residencies to be undertaken by the group over the next three seasons with support from The Andrew W. Mellon Foundation. Other highlights include the Caramoor Fall Festival, where The Knights serve as curators and give two performances featuring saxophonist Joshua Redman and violinist Gil Shaham; the ensemble’s debut at Carnegie Hall in the New York premiere of the Steven Stucky/Jeremy Denk opera The Classical Style; a collaboration with The National’s Bryce Dessner, broadcast on WNYC’s “New Sounds Live”; and a residency at the University of Georgia. In the New Year, The Knights tour the East Coast with banjo virtuoso Béla Fleck before embarking on a European tour with soprano Dawn Upshaw, featuring performances in Salzburg, Baden Baden, Darmstadt, and at Vienna’s legendary Musikverein.

The Knights evolved from late night chamber music reading parties with friends at the home of violinist Colin Jacobsen and cellist Eric Jacobsen. The Jacobsen brothers, who are also founding members of the string quartet Brooklyn Rider, serve as artistic directors of The Knights, with Eric Jacobsen as conductor. In December 2012, they were selected from among the nation’s top visual, performing, media, and literary artists to receive a prestigious United States Artists Fellowship.

The Knights’ roster boasts remarkably diverse talents, including composers, arrangers, singer-songwriters, and improvisers who bring a range of cultural influences to the group, from jazz and klezmer to pop and indie rock music. The unique camaraderie within the group retains the intimacy and spontaneity of chamber music in performance.