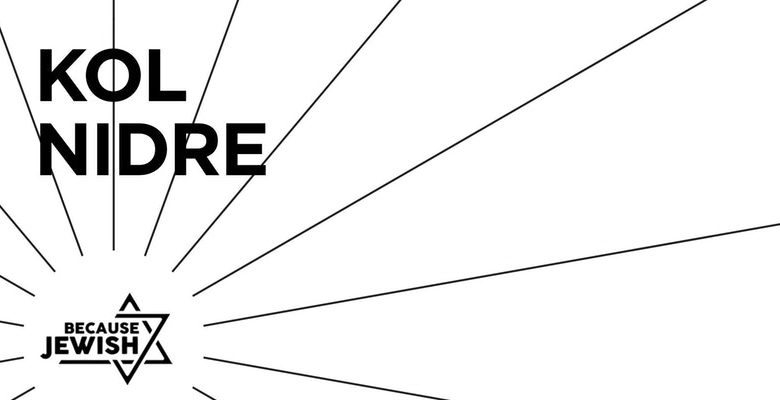 Lockwood’s music is born out of an apprenticeship with the late Piedmont Blues master Carolina Slim and an intense study of the music of his grandfather, the legendary Cantor Jacob Konigsberg. Seamlessly channeling these two influences, he chants traditional prayers like Kol Nidre and Avinu Malkeinu with an old-world wail — while often accompanying himself on blues guitar.

Rabbi Dan Ain
Rabbi and revivalist Dan Ain gathers those who are open to being reached. He finds holiness in honest conversation, in the spaces where people can say what they really think and allow others to do the same. His latest project Because Jewish creates opportunities for our religious perspectives to be in genuine dialogue with our artists, our musicians and our everyday lives. The Times of Israel says: “Because Jewish represents the zeitgeist of Jewish Brooklyn, circa 2016. Its raison d’être is to offer community and presence amidst the racing speed and technological isolation of the here and now.” For the past decade, Rabbi Dan has been curating these offerings around New York City at the 92nd St Y (as Director of Tradition and Innovation), Brooklyn Bowl, (le) poisson rouge and as the rabbi of The New Shul. The High Holiday services he leads, with blues musician and cantorial singer Jeremiah Lockwood of The Sway Machinery, is an example of finding meaningful ways to worship in the 21st century – creating experiences that speak to people living in today’s world using the language, lessons and music of the past.

Jeremiah Lockwood
As a young man, Jeremiah Lockwood apprenticed with Piedmont Blues musician Carolina Slim, and studied chazzanus with his grandfather Cantor Jacob Konigberg. His band The Sway Machinery seeks inspiration from New York City’s cultural geography and has performed at festivals around the world, including, perhaps most notably, the Festival of the Desert in Timbuktu, Mali. He toured for years as guitarist in the band Balkan Beat Box, has scored numerous film and video projects, and served as a 2011 Brooklyn Philharmonic Orchestra Composer Fellow. His most recent records include a 2014 blues-oriented solo album entitled LOCKWOOD, and a new record from The Sway Machinery, Purity and Danger, released in 2015. Jeremiah is currently a PhD candidate at Stanford University where he is engaged in research on the culture of Cantorial music.

Shoko Nagai
Shoko Nagai, born in Nagoya, Japan, is a composer, pianist, accordionist and improviser. After graduating from Berklee College of Music in 1999 she moved to New York City and quickly established herself in various scenes performing with such renowned artists as John Zorn, Butch Morris, Frank London, Miho Hatori (CiboMatto), Satoshi Takeishi, Erik Friedlander, Marc Ribot, Elliot Sharp, to name a few. Nagai performed in Sweden for the Nobel Prize Ceremony for Herta Muller in 2010. She is a winner of grant from NYFA 2010 and Jazzjaunts 2008. She also composes and performs for various film projects.

John Bollinger
John Bollinger is known in the New York scene as an explosive force, his fearsome groove and bone shattering bursts of energy adding an incredible excitement to his wonderful feel for a multiplicity of genres. He has worked with, among others, Barbez, Nanuchka and Guignol. John debuted with The Sway Machinery in 2009 and is featured on all of the bands subsequent recordings. In addition to his work as a musician, John is an educator and an accomplished visual artist in a variety of media. His video compositions, which walk the line between comedy and high concept performance art continue to astound an ever growing circle of cognoscenti.

Yael Shy
Yael Shy is the Senior Director of the NYU Global Spiritual Life Center, as well as the Founder and Director of MindfulNYU, the largest campus-wide mindfulness initiative in the country. She teaches regularly at MNDFL in NYC and NYU, and has led meditation workshops, classes and retreats all over the country and world, including at NYU Abu Dhabi, NYU Berlin, NYU Tel Aviv, Limmud NY, Princeton University, Moishe House, Romemu, Pardes Institute, Hebrew Union College, Yeshivat Chovevei Torah, and elsewhere. She is the author of the forthcoming book, What Now? Meditation for Your Twenties and Beyond (Parallax, November 2017). For more information, check out yaelshy.com, or follow her on FB or Instagram: @Yaelshy1

Fay Victor
Vocalist/Composer Fay Victor, called “artistically complete” by the New York Times, consistently hones a unique vision of the vocalist’s role in jazz and improvised music. Victor’s snake-like ability to fuse her prodigious vocal talents in many music arenas all while maintaining her singular sound. A multi-genre approach called “Freesong”. Victor’s eight critically acclaimed recordings as a leader has seen praise in venerable media outlets such as Downbeat, JazzTimes, The New York Times, The Village Voice, Time Out New York, (and many more)

To bring Judaism into the now. To make it as moving as music, as uplifting as art, as unsettling as literature, as rich as ritual, as comforting as community, as compelling as good conversation. And to use those art forms, and many others, to make Judaism sudden and powerful for us, right now.