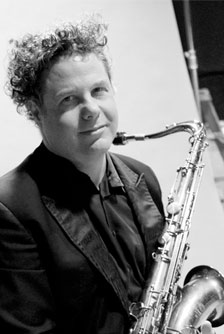 Lenny will be giving a post-concert talk about his work – FREE with purchase of concert tickets.

Autodidact Lenny Pickett began his career playing saxophone and clarinet in bars and on the street. He toured through the 70’s with the legendary r&b group Tower Of Power and worked in the 80’s as a saxophonist and an arranger for David Bowie, The Talking Heads and Laurie Anderson, among others. He is currently musical director for NBC’s Saturday Night Live. He has composed music for experimental dance and theater, including collaborations with choreographers Steven Petronio, Charles Moulton, Bebe Miller, Yoshiko Chuma, and the opera “Welfare”, with filmmaker Fred Wiseman and poet David Slavitt. He also contributed compositions for Alan Ginsberg’s recording “The Lion For Real” and William Burroughs’ “Dead City Radio”. His concert music has been performed by the Kronos Quartet, the New Century Saxophone Quartet, the New York Composers Orchestra, and others. A recording of his music, “Lenny Pickett with the Borneo Horns”, was described by Downbeat magazine as “a brilliantly creative use of acoustic instruments.” He is also currently teaching in the Jazz Studies program at New York University.