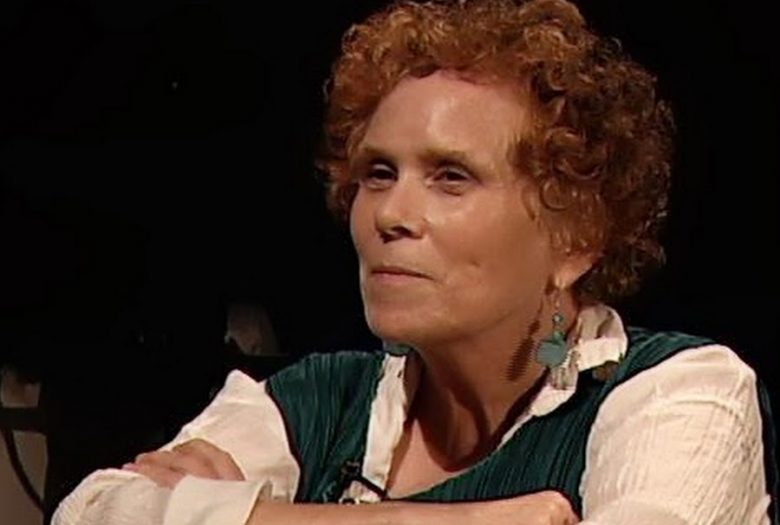 Lenore Von Stein (composition/direction/voice) is the artistic director of 1687, Inc. Von Stein has worked with be-bop, free jazz, classical, and electronic musicians and composers and uses techniques from these musical disciplines as well as methods and approaches developed in classical and modern theatre. Von Stein? works are made of improvised and composed music and lyrics and stories. They have also included visual art, e.g. film and painting.

Von Stein began her artistic work as an actor/playwright doing non-musical scripted and improvised live performances and films before shifting her focus to the performance and composition of music. Von Stein?s non-musical theater credits include originating the role in Samuel Beckett’s one-person piece The Expelled. Her work in music has followed a similar pattern of developing from performer to composer/performer.

Pleasing the Boss: Baroque and New Music (politics on the job)

There is Racism but There is No such Thing as Race

I Haven?t Been Able To Lie and Tell The Truth

Andrew Bolotowsky (flute) studied with Elaine Schaffer, William Kincaid, and Jean-Pierre Rampal. He has performed over 3,000 solo recitals and participated in countless chamber music and orchestral concerts, notably as soloist with the Soho Baroque Company, and the Amor Artis and Musica Sacra Orchestras. Mr. Bolotowsky co-directed the Criterion Series at the Guggenheim Museum and has recorded for Orion Recordings, Golden Age Records, Opus I, and Station Hill Records. He has performed with the Pan American, Westchester Philharmonic, and Brooklyn Philharmonic orchestras and has worked with Downtown Music Productions, Music Downtown, the American Festival of Microtonal Music, Muse (Colonial American Music), the Delbarton Baroque Ensemble, and New Amsterdam Baroque.

Bern Nix (guitar/composition) held one of the two guitar seats (from 1975 to 1987) in the original edition(s) of Ornette Coleman’s band Prime Time. Nix’s album as leader “Alarms and Excursions” on New World Records features Fred Hopkins and Newman Baker. “You always have to deal with the formal aspect of musicianship, but at the same time you can’t let that get in the way of your imagination.”